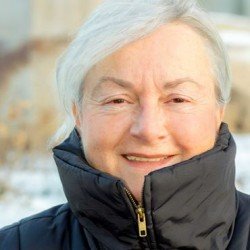 
Dolly Gallagher Levi, matchmaker extraordinaire, first graced the musical stage in the person of Carol Channing at the St. James Theatre on Broadway on January 16, 1964. Since then, she has spread her particular brand of chutzpah… more »


Indecent, expertly directed by Kristin Tripp Kelley, is a multi-layered, beautifully produced play that feels balletic in movement as it explores themes of antisemitism, homophobia, sexism, and political persecution in the first… more »


A foul-mouthed little devil has taken up residence in the form of a sock puppet named Tyrone at Road Less Traveled Theater in the riotous comedy Hand to God. If you like your comedy broad, biting, irreverent, and so funny you… more »


A bottle of scotch, a childhood trauma, and listening to the suffering of others as the intake counselor for Psychological Counseling Services on Christmas Eve is the powerful brew that catapults almost middle-aged Fred into… more »


Suicide, grief, and family discord are explored at the Paul Robeson Theatre in the intense drama, Jump, by Charly Evon Simpson, a winner of the Paula Vogel Playwriting Award. At the opening of Jump, an anxious man stands on a… more »


The fairies have alighted at Kleinhans Music Hall this weekend in a swirl of sound, color and magic that pulsate throughout the beautiful hall in the woodland romp that is Shakespeare’s A Midsummer Night’s Dream.… more »


An absorbing play with absurdist overtones, The Antipodes by Annie Baker, is two hours of dialogue about stories—telling stories, having characters tell personal stories and make up bits and pieces of stories—in a… more »


Opening to the sound of a mournful cello and a projection of the Roseman Bridge in Winterset, Iowa, home of the famous covered bridges in the title, Kavinoky Theatre’s excellent production of the The Bridges of Madison… more »


The two lost episodes of The Golden Girls are replete with commercials and trivia and Jeopardy games played with the audience. They are on the tiny stage at the Alleyway Cabaret in a parody of the popular sitcom from the 1980s,… more »


‘Twas two weeks before Christmas and over at Shea’sThe audience departed all in a daze.They staggered to their homes and dropped into their bedsWith visions of Valjean and Javert dancing in their heads. In other words,… more »

El Coquí Espectacular and the Bottle of Doom


Puerto Rican—or is it Sorta Rican or Nuyorican—Superhero magic is afoot at the Manny Fried Playhouse. A play that asks serious questions about identity, about art vs. commerce, decries gentrification, and skewers… more »

Christmas Over the Tavern @ Shea's 710 Theatre


Ah, the 1950s in South Buffalo, a place where the ratio of bars to churches leaned in favor of the gin mills, where the Catholic church with its bevy of black and white clad nuns ruled the schools with scary efficiency, where… more »


Looking at childhood Christmases through the bifocals of age is a pastime that warms the hearts of those sitting at table or around a fire celebrating Christmas present, or just quietly reminiscing to a friend about the time… more »


August Wilson creates entire worlds through the characters in his series of ten plays, The Pittsburgh Cycle, which outline the African American experience in the 20th century. Each play takes place during a decade of the century,… more »

Review: Harper Lee's: To Kill a Mockingbird @ The Kavinoky Theatre


In a superb production of a brilliant, thought-provoking adaptation by Aaron Sorkin, The Kavinoky Theatre and Director Kyle LoConti have dotted all their i’s and crossed all their t’s, creating a must-see evening… more »


A toaster cover and June Cleaver pearls, a rotary dial phone and portable typewriter are emblems of the 1950s in the short (60 minute), one-woman play about humorist Erma Bombeck now at Shea’s 710 Theatre. Ms. Bombeck was… more »


Playwright Qui Nguyen is an OBIE award-winning co-founder of Vampire Cowboys of NYC, a pioneer of “geek theatre.” They are “dedicated to creating shows for the pop culture nerd in us all…committed to… more »


In Israeli playwright Anat Gov’s very smart, witty and insightful play, Oh My God! the Creator of All That Is (Todd Benzin) has been experiencing a dark night of the soul for about 2,000 years, give or take. As a last-ditch… more »


THE TOXIC AVENGER! His mission? To clean up all the toxic waste in the world, well… at least in New Jersey, and to win the heart of fair damsel, the luscious, lascivious Sarah the Blind Librarian. Does he succeed? That… more »

Review: The Kindness of Strangers


Come From Away is a heartwarming musical about people coming together in a small town in Newfoundland after the 9/11 tragedy. What might have devolved into a syrupy sentimental mishmash instead uses wit and honest feeling to… more »


Mel Brooks is the Emperor of Irreverence. Not a person, place, or thing is exempt from his madcap, often bawdy, seldom subtle, almost always broad, sense of humor. His and Gene Wilder’s 1974 movie, Young Frankenstein, a… more »


Arthur Przybyszewski (the “P” is silent, thank you very much) has retreated so deeply inside of himself that he barely interacts with the world around him. In Tracy Letts’ witty, insightful, and ultimately life-affirming… more »


How do you deal with a mean girl like Regina? It turns out an energy bar and a school bus, along with a hearty portion of crow and unexpected kindness can make all the difference. In the musical version of Tina Fey’s 2004… more »


Alto saxophone player extraordinaire Charlie (Bird) Parker’s flame burned brightly during the 1940s until his death at the age of 34 in 1955. He and trumpeter Dizzy Gillespie created the bebop form of jazz. He headlined… more »


“…Beloved, never avenge yourselves, but leave it to the wrath of God, for it is written, 'Vengeance is mine, I will repay, saith the Lord'.” Romans 12, v. 19. ‘Tis a pity that biblical exhortation is… more »


Kill. Killing. Killer. Killed. These four words are spoken well over a hundred times in the season opener at Road Less Traveled Theater, The Authentic Life of Billy the Kid, an early play by A Walk in the Woods author Lee Blessing.… more »


Kavinoky Theatre opened its 40th season with a sold-out show for the camp musical Hairspray, which was followed by a tribute to founder David Lamb that included a short history of the Kavinoky and its importance in assisting… more »


MusicalFare Theatre’s production of the beloved West Side Story is terrific, a great choice to begin their 30th season. Every element in the show contributes to an experience that is intimate, intense and visceral; at once… more »

Review: Man and Superman and Don Juan in Hell @ the Shaw Festival


Words. Words. Words. Hundreds of thousands of them are spoken in George Bernard Shaw’s Man and Superman. In the 6-1/2 hour production now at the Shaw Festival, words even cascade down from the rafters on sheets of paper,… more »


A sweet comedic summer musical, First Date is a delightful, occasionally insightful, confection that highlights the perils and pitfalls, but also the potential of that most unnerving of first dates, the blind date, which can… more »


The heather is on the hill and the mist is in the gloamin’ at the Shaw Festival. Brigadoon’s one day per century has arrived in an updated version that is delightful, sweet, and heartfelt, with an understanding of… more »


Second Generation Theatre Company has done it again, producing a big musical on the thrust stage of the intimate Shea’s Smith Theatre. Their production of Big Fish took the Outstanding Production of a Musical award at the… more »


Oh, what a tangled web we weave... The most painful deception is self-deception, the lie buried at the bottom of the heap of all the lies piled on top to keep it from surfacing. Self-deception lies at the heart of the compelling,… more »


Based on a graphic novel memoir by Alison Bechdel, Fun Home is the 2015 Tony award winner for Best Musical. In a superb production by MusicalFare Theatre at Shea's 710 Theatre, it captures the mystery, confusion, beauty,… more »


Looking Through Glass by Ken Kaissar is an updated version of an early 20th century Russian/Yiddish play by S. Ansky called The Dybbuk. In Jewish mythology a dybbuk is the malevolent wandering soul of a dead person that possesses… more »


Ujima Company, Inc. has opened its first show, Passing Strange, in its new home, and both are stunners. The black box theater is in what was the gymnasium in the P.S. 77 building on Plymouth Avenue, now gorgeously repurposed… more »