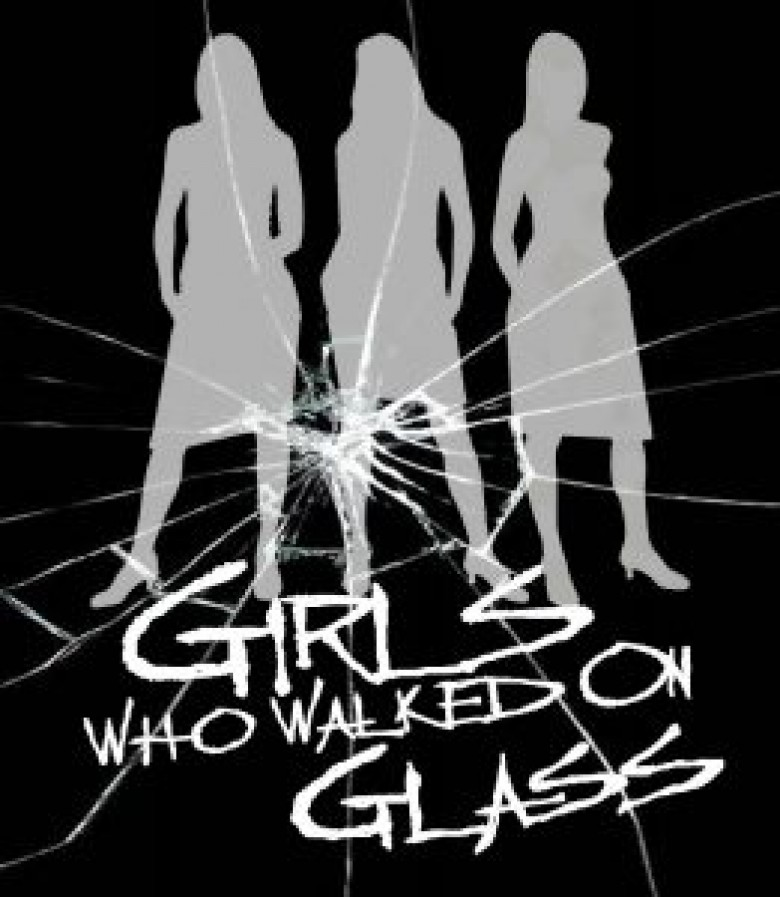 Girls Who Walked on Glass is an immersive experimental theater piece that splits up an audience of 20 into several different rooms while actors simultaneously perform monologues and short scenes taken from the lives of women who worked in the past with the playwright, Gordon Farrell.

Mr. Farrell, the new playwright-in-residence at Alleyway, co-authored the recent very well-received Broadway production, The Lifespan of a Fact. From 2009 to 2013 on the Lower East Side of Manhattan, he worked with dozens of women who wanted to tell their personal stories on stage. Girls Who Walked on Glass is an adaptation of some of their stories.

Forget sitting in one spot for an entire performance. The theater has been transformed into a dusty sound studio, a dining room, a therapist's office, a park, the roof of a building, the dressing room of a strip club, a young woman’s bedroom, and a comedy club named Chuckle Hut, which tells you everything you need to know about the quality of its comedy.

Audience members are instructed by actors to go into different rooms, segues being light-hearted, as in joining the young man who works at the Chuckle Hut to see a midnight showing of a Jackie Chan movie, which in reality is a return to a different room. Or they can be as demanding as the sound studio owner, Arturo, who orders the audience not to touch any of his stuff on the way out. I purposely touched his desk and he gave me the evil eye, saying “slippery slope,” a phrase in his monologue.

The stories are told out of sequence and members of the audience qre “encouraged to each find a way through the various spaces, sometimes choosing from among as many as three simultaneous scenes.”

As interesting as the concept is, if the stories were not engaging, it would all be for naught. But they are very engaging, well written, and well-acted for the most part. The language is very graphic, as the women relate their sexual experiences, those they chose, and those forced upon them. They speak of their life choices and why they made them; using their sexuality to feel powerful, to make money, to humiliate men, for pleasure, to seek intimacy. They are naïve or worldly-wise, but most are damaged in some way, some suffering from post-traumatic stress, and all searching for a sense of power—some finding it, some floundering.

Three women have monologues only. Niki Nowak is terrific as the sexually open Elizabeth, who beds in twos and threes and fours, and can’t understand why others find that unsettling. She completely inhabits her character, so her several monologues ring true. Lillian Reszel and Sandra Roberts do a fine job with their monologues, one seeking love while the other seeks power.

Jamie Nablo shines as the self-destructive 18-year-old Goth girl, Zoe, sent to live with her violent father’s friend, Lance, who has a rather unusual toy collection under his bed. She seethes with anger and hurt, too old for her years. John Panepinto as the outwardly caring, but ultimately creepy father, does a fine job as does Gayle Petri as his skeptical daughter.

Emily Yancey is Katrina, the angry new receptionist at Arturo's sound studio, which has a sideline as a party venue for famous rock stars who wish to remain anonymous. Daniel Greer as Arturo has great presence, very affecting as a tough man with a heart-of-gold. Emily Yancey hides her terror beneath an aggresive, tough exterior that fails her as she bonds with Arturo. Her frightening story unfolds, and his kindness comes through. He speaks to her about how to take one’s power back, and why women in clubs call what they do dancing and not stripping.

Ember Tate is very good as Bridget, who works at the Chuckle Hut. She is the very low self-esteem only child of a wealthy entertainment business couple. Her part, however, is not written as strongly as some of the others, in that there is no backstory as to why she calls herself a loser, develops an obsession and makes dangerous choices with an older biker/comedian, well played by James Cichocki. He has his own past to contend with.

Betsy Bittar has fun with several parts, particularly the den mother at a strip er…dance club. Trevor Dugan is sweet as young Peter, who adores the obsessed Bridget.

Neal Radice directs in his final year as Executive Director at the theater he founded 39 years ago, moving the actors and audience around in a mostly fluid arrangement. There definitely were some audience stragglers, though.

Not used to moving about, the audience had some difficulty adjusting at times. I heard several people ask if they were supposed to be in that room or another and wondering if they had missed something. More than half of the group I started with wound up in other groups over the course of the evening. It got a little messy—like life—and is part of the concept of the piece, I think.

Todd Warfield designed the many sets, which may be moved in their entirety to New York City for a production there. Gordon Farrell is currently scouting possibilities.

The opening weekend performances are by invitation and considered previews. Over its four-week run, the play will keep changing and developing as the company adds new ideas and reworks scenes, so the show I saw on May 30th may be quite different from the one you see between now and June 22nd. As the audience is limited to 20, and changes will be made, it is truly an immersive experience and a unique one.

You can see Girls Who Walked on Glass at Alleyway Theatre through June 22nd.

Girls Who Walked on Glass

Days: Thu, Fri, Sat
Days: Thu, Fri, Sat
1 Curtain Up Alley Buffalo, NY 14202
May 30-June 22 Thursdays-Saturdays at 7:30 PM NOTE: May 30, 31 and June 1 performances are by invitation only! Regular admission is available for all other performances. A new play with stories from contributing…
- Share this page -