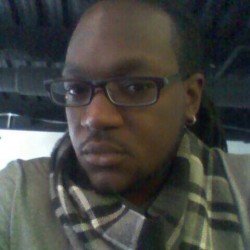 Kevon is the Publisher of BuffaloVibe.com. Originally from the Caribbean island of Trinidad, He has lived in several countries and speaks 3 languages. Kevon currently calls Buffalo home and works in the city as a Software Engineer and technology consultant.


As the summer season draws to a close the WNY music scene is coming alive this weekend with festivals, concerts and performances from local and national talent on stages all across region. Our top picks this weekend: Nightlights… more »


I spend a fair amount of my day staring into a computer screen, banging away at my keyboard. There are times when my earbuds are tucked in and turned way up, spilling a random combination of tracks from an ever-evolving… more »


With his second full-length album, Dance Party for the Heavy Hearted, Chae Hawk opens a window into his life and shares his experiences - triumphs and heartaches alike, in a way that is all too rare. The ambitious project… more »


For the first in our new musical series, VibeTV is proud to present VibeSessions: The Tins. The Tins are - keyboard player and vocalist Mike Santillo, drummer Dave Muntner, and guitarist and vocalist Adam Putzer. The Buffalo-based… more »


When I came across the music of Snarky Puppy I was blown away first of all by their musical genius and secondly by the fact that they were not as hugely famous as their talents deserved. In recent years though, their popularity… more »


"No one goes to the movies to feel depressed - that's what theatre is for!" Charlie (Kevin Craig), a recent transplant from America finds himself as an extra on the set of a Hollywood film being filmed in a rural southern Ireland… more »


Just in time for Valentine's Day, Chae Hawk - one of Buffalo's hardest working hip-hop artists, has released his newest single "Worth It" feat Bless. The sultry track produced by local beatsmith @bless3k features a… more »


For those of us that are lucky enough to work in or near Downtown Buffalo, there are quite a few lunch options available to choose from. After being in the office all morning, it's nice to be able to take a stroll across Lafayette… more »


Buffalo is a city that has a rich history of embracing art in public spaces. I recently had a chance to spend some time with Matthew Grote, who along with a few other local artists, is helping to preserve that tradition, while… more »


The Buffalo Hip-Hop scene is alive and kicking with local MC's, Writers, DJs and Bboys representing their craft and doing the Queen City proud. After 6 weeks on the Gettin' Gatsby tour that took them across the country and back… more »

REVIEW: Fish Out of Water


Diane Curley as "Lydia" in Fish Out of Water, is in a word - delightful. A fearless Christian Brandjes as "Tom" and the outstanding Beth Donohue as "Mary" complete the perfectly balanced cast of the Irish Classical Theatre… more »

On Your Mind: A Graffiti Documentary


We should be allowed to beautify terrible space... Anyone that knows me would be well aware of the fact that I am a huge fan of hip-hop culture in all its forms - DJing, MCing, Breaking and Graffiti. Nowadays we may not think… more »


Buffalo Hip-hop mainstays Psuedo Intellectuals have recently announced the November release of a new record "Dope Grindwork". You can pre-order the Digital Album which will make available an immediate download of 1… more »

'Two and a Half Men' reboot


For those not paying attention, keeping score or anxiously awaiting the premiere of "Two and a Half Men", tonight would be just like any other Monday night. But for those of us that have watched Charlie Sheen effortlessly and… more »


There are those times when we stumble upon something that is so unexpected and absolutlely delightful that we are left wanting more. Seeing Purity Ring live at The Mohawk Place in Downtown Buffalo for me was… more »


Watermelon originated in southern Africa, where it spread to China, Europe and by the 16th century, to Native Americans. There is no better way to celebrate summer than with this delicious fruit. Plus, they are high in Vitamin… more »


Basically, Aqueous rocked the house at Nietzsche's on Saturday during the Allen Street Art Festival. What struck me most about this young Buffalo-based band is the level of their musicianship. Every song on the 50-minute setlist… more »


For me to describe Mr. Polygon as a bit odd would be an intentional understatement but the off-beat style of this Tulsa, Oklahoma native is a huge part of his appeal as an Indie Hip-Hop artist. I first heard of Johnny Plygon… more »