'Two and a Half Men' reboot 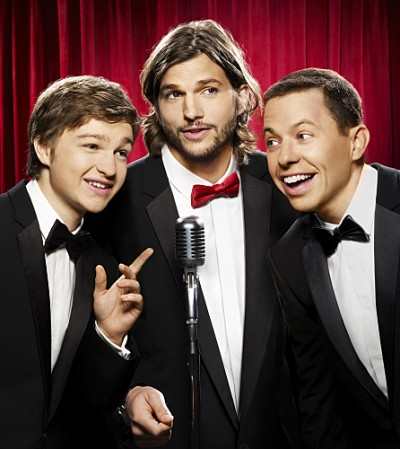 For those not paying attention, keeping score or anxiously awaiting the premiere of "Two and a Half Men", tonight would be just like any other Monday night. But for those of us that have watched Charlie Sheen effortlessly and magically turn tin cans into pure gold for the last decade, tonight was an interesting moment.

Following a well-publicized meltdown and firing from the hot CBS sitcom, Charlie Sheen was replaced by a seldom-clad and ocassionally funny Ashton Kutcher.

In the season premiere we learn that Sheen's character (Charlie Harper) died a terrible death, off camera, when he slipped on a Metro platform in Paris and fell in front of an oncoming train, and his body exploded “like a balloon full of meat.”

The house he shared with his brother Alan Harper (Jon Cryer) and nephew (Angus T. Jones) has 3 mortgages so it is up for sale. After drop-in cameos by John Stamos and Jenna Elfman and Thomas Gibson (Dharma and Greg) among others, fans get the long awaited reveal.

Walden Schmidt (Kutcher) a handsome, well-hung, internet billionaire suddenly appears on Charlie's balcony like a wet kitten after a botched suicide attempt. Alan is startled and spills Charlie's ashes all over the living room floor, ending the Sheen era and starting a new chapter in what CBS hopes will be a continued success for the Men. Let's see how this goes...