With his second full-length album, Dance Party for the Heavy Hearted, Chae Hawk opens a window into his life and shares his experiences - triumphs and heartaches alike, in a way that is all too rare. The ambitious project includes 20 studio tracks and several accompanying short-film visuals. The final visuals are in pre-production and will be released in the coming months, completing the audio-visual journey that has been the vision from the start of the now 4-year journey.

I first came across Chae's music in 2010 a few short months after I first arrived in Buffalo and his Ambition video was one of the first music pieces featured on BuffaloVibe. More than a year later, in early 2012, I saw him perform live for the first time in support of Talib Kweli at the Town Ballroom. Finally, this past spring I had an opportunity to meet Chae and get a closer look at the artistic process and what drives the self-styled Progressive Rap Cinema Artist.

I was invited by Chae to spend some time with him and the NYC-based film crew on the set of the Dinner Plates shoot. We met in Downtown Buffalo, and on the 40 minute drive out to the farm-house that would serve as the backdrop for the story, I chatted with the beautiful and talented Natalya Oliver - the video's co-star. Chae had seen her work online and reached out to her with hopes of getting her involved in the project. A few short weeks after he first contacted her, we were together on our way to the set, chatting about the Bills, horoscopes and cuisine.

Director Alex Amoling, who also collaborated with Chae Hawk on the visuals for Chin Ups and Remember this Night drove in with his crew from NYC for the 2-day shoot and after some brief introductions I got out of the way and let them get to work. The first thing that struck me about Chae, is his singular focus on the task at hand; that focus and dedication is always evident in the final product.

Like most stories worth telling, this one starts with love... but ends with a knife to the back in a shallow water-logged grave. "If I had to describe it like that, I'd say Dinner Plates would be the heart of the album" Chae explained when I asked him which song would be the closest thing to a title track. "Remember This Night would be the spirit and Chin Ups the struggle."

About 3 months after I visited the film set, Chae Hawk released the visuals for Dinner Plates with a three-city premier tour making stops in New York City, Washington DC and here in Buffalo.

Following the short-film release I caught up with Chae again and we chatted more about his journey, plans for the future and life as an artist blazing a new trail in this city.

The Interview
September 2014 at Oshun Restaurant

As a community we need to support local artists

Being an unsigned or independent artist is obviously challenging, has there been anything specifically challenging about doing so and living in Buffalo?

Of course. You know there isn't really a marketplace that can help assist what it is that I do with other artists. When you're pretty much by yourself doing something unique that way and there are not many others, it does not bring a lot of awareness to the city itself. So it's like there's not much of a market place that can help facilitate what I'm trying to do.

So is it more just the size of the market that makes it difficult?

Yeah and the support of the market - it's not really into music entirely. There are lots of cool things but not really from a standpoint that can really help [music] artists become successful within Buffalo.

So what would have to change you think to improve that...?

Comradery. People really supporting the arts, taking the initiative to support local acts that promote our city. You know if they see an ad or an article on BuffaloVibe or something to say "I should check this out." I think too many people don't really have that essence of being curious to follow through with new things - they just stick to their mundane schedule and never do anything different.

From "Blues of a Journeyman" to "Dance Party"

Yeah, preparing for what is to come next. More or less in chronological order, what I've been able to accomplish, where I've been, my experiences. It's like a reminder that allows me to make the follow up project better based on where I'm at and what my direction has always been. It's not mixed and mastered properly to the way that I would have loved but this is what I had to work with. There's a rawness to it but you hear the potential.

So now on Dance Party, would you say that you are happier with the quality of the recordings?

With Dance Party I'd say I was satisfied because I was advancing, my sound was advancing, I was being able to become singular with the music as to what I wanted. You know, I think the amount of love you put into something is what you'll get out of it and that's what I witnessed with the progression of what I was able to obtain.

What was the main difference then in the process from the previous album to what you did with Dance Party for the Heavy Hearted?

Well, with Blues I was on the road so I was actually out there. And the concept of what Blues represents is... it just happened to become Blues but it was just a result of my focus towards making Dance Party. You see I've always been trying to make Dance Party. So as I was travelling, I was putting the songs together and once I had an abundance of these songs, they weren't sounding like Dance Party was sounding in my mind.

Instead I just took it for what it was - like on the track Melodrama. Being out in Hollywood, and I would spend late nights walking. and sleeping on the floor at the studio, going though what I was going through. Living out of the studio, washing my face early so people can't see me type sh*t. So I created Melodrama and that's when I realized that this is a different project - it's not Dance Party. The only thing I got out of the culmination of those songs was Suburban Vixen - produced by Ark Angel (Vindata). That's the first song that was designated for what Dance Party was going to become.

Can you tell me a bit more about how and where Dance Party was recorded?

It really started with just being able to finally be in a comfortable groove and realize that I was creating Dance Party finally. A lot of that came with my discovery of Grabbitz, working closely with him and seeing his potential and his talent. He's from Elma just outside of Buffalo and I found him through Facebook. I put on a show where I featured him in a Team Radio showcase and he did a great job.

From there I recognized his skill set and his talent and the value that he was bringing and I wanted to nurture that so we developed a great bond and musically that is exactly what I was looking for all along. He played some tracks for me that he had produced and I could hear elements of what Dance Party was to me.

So who else along with Grabbitz played an important part in execution of the creative vision?

Yeah, Grabbitz really inspired me to get back to the youth element in a way. Around the same time I was also able to work with a few different engineers and I discovered Nameless and it started being the foundation for something bigger than the music. [We recorded] at his studio right here in Elma, and I also recorded at Adam Korbesmeyer Whiteout Audio in Cleveland and with my man Rob out in Lockport. Then I had Suburban Vixen in the can from when I was out in California. So it was like I had the missing pieces to complete the album.

Looking to the future

So what can we expect to see from you next on the Dance Party project?

Well, I would love to be done with the presentation of this project, but I have a committment to this it and it needs it's due diligence. I want the audience to obviously hear it sonically the way it was designed, and then also see it performed live the way I intended.Then once you see the films you find yourself really engaging with the concept of the project for what it breeds. It's all honest! That's me in a nutshell as an artist or who I am - that's me... Sometimes I surprise myself with how open I've been...

Without question, Dance Party for the Heavy Hearted is an honest represenation of Chae Hawk as an artist. While staying true to the original vision and appealing to a broader audience, the music and visuals create a complete picture and tell a story - one to which anyone from this hip-hop generation can relate.

Dance Party For The Heavy Hearted 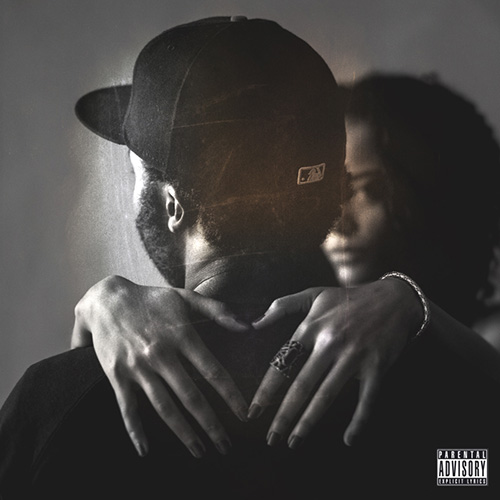