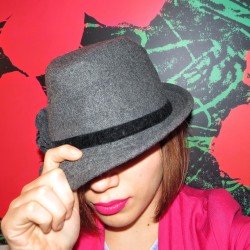 Buffalo's Biggest Zumba Party is at Canalside! Here's Who's Leading the Pack

An Interview With In The Valley Below


Did you know? Grand Rapids, Michigan's indie dream pop team are also husband and wife. Angela Gail (keyboard and vocals) and Jeffrey Jacob (guitar and vocals) are the fantastic deux (their touring drummer Josh Clair was not present… more »

Buffalo's Own Makes Appearance in Tech N9ne's 'Like I Ain't' Video


Buffalo got a nod (two if you count his line about Rick James) in Tech N9ne's surprise drop not long ago. His thirteenth studio album, N9NA, has technicians the world over stomping to his 21-track eargasm. What this album proves… more »


The following photos were taken at Artpark's first Strawberry Moon Festival. Photography by Don Daly and Jessica Brant. For more live concert and event coverage, follow us on Instagram: @jessicahelenbrant@dondaly716 The message… more »

Celebrating Nature and Togetherness at The Strawberry Moon Festival at Artpark


The Strawberry Moon has a spiritual and cultural influence which is long-lasting in Haudenosaunee communities. With the longest day of the year upon us, there is no better way to celebrate the the summer solstice and the ripest… more »


Ben Andress is a scene kid to his core. From his Neolithic shag beard and Soul Asylum band tees to his infectious and peculiar humor that reads like a dialogue from Beavis and Butthead, he represents all things good about the… more »


Who needs a king when the queen is just as boss? Exactly the point Buffalo MC Angelo Luciano makes in his autobiographical project, The King is Dead, Long Live the Queen, except that he's not talking about a person. He's talking… more »


Ida Goeckel knows that life takes no pity on the souls of fools.   When the musician and philanthropist was diagnosed with a form of breast cancer called Ductal Carcinoma in Situ (DCIS) in 2003, and again, in 2012, she confronted… more »

The Entrancing Nature Behind Optic Oppression


After some bands hit it big, or get close to hitting it big, they ditch their roots and lose the respect of the communities that watered them. For a brief period they are able to capitalize on a new flaky fan following,… more »


The Canadian pop-rock gang Mother Mother rocked the stage at The Rapids Theatre during their stop in Buffalo on their No Culture tour with a tasteful mix of fan favorites. Lead singer/guitarist Ryan Guldemond walked onto… more »

Wholly Crepe on Main, A Sweet and Savory Experience


When Kamalie Liyanage journeyed to New York City to practice general law in 2013, she admitted that she became "a bit of a capitalist" in some ways, departing from what she had known about herself. After living in New York for… more »

Mother Mother Invades The Rapids Theatre on No Culture Tour


The python of all indie Canadian synth-rock bands, the five-piece outfit known as Mother Mother, is striking The Rapids Theatre July 14 with their venomous riffs and some human intervention as part of… more »

Karl Denson and My Reflection on the Universe


People need music more than they ever did before. That was the thought running through my mind two Friday nights ago during Karl Denson's Tiny Universe's show at Buffalo Iron Works. When the band played their second song… more »


Touring saxophonist for The Rollingstones and acclaimed jazz musician Karl Denson calls his jazz funk jamboree the "Tiny Universe," but exhibited in its live performance is a level of musicality that is larger… more »

Sign of the "Tines" - Buffalo Band on the Verge


I had the pleasure of seeing local progressive rock band Tines play a set at Mr. Goodbar in late May, where they ended the show with a bang (literally) by blowing the speakers out of the joint. They quickly recovered in comic… more »

Nightly, The Struts, and Greta Van Fleet: The Concert Experience


Three bands graced the stage at Rapids Theater for a show of such epic proportion that this writer doesn't even know if she can find the words. It was the kind of starstruck performance you'd expect from an alternative… more »