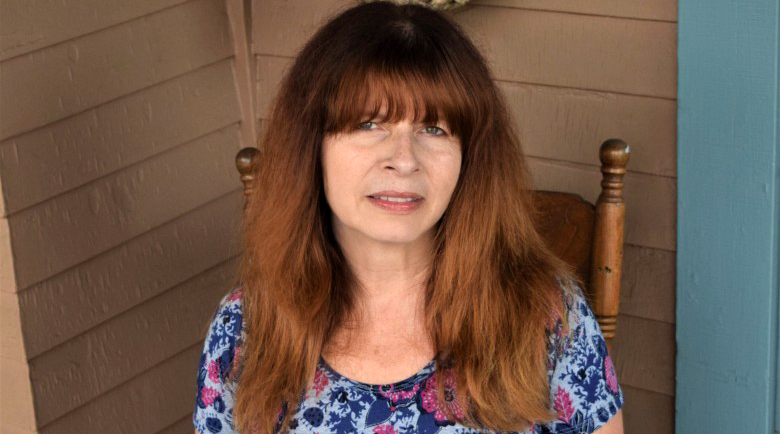 Ida Goeckel
- Share this page -
Ida Goeckel knows that life takes no pity on the souls of fools.
When the musician and philanthropist was diagnosed with a form of breast cancer called Ductal Carcinoma in Situ (DCIS) in 2003, and again, in 2012, she confronted her situation head-on. Through research and consultation, the bass player was able to make an informed decision about her plan of treatment.
Now healthy and cancer-free, the Kenmore local continues to reinforce the power of informed choice through her annual Female Musicians Fighting Breast Cancer benefit, now in its 15th year. This year's event will be held this Sunday at The Sportsmen's Tavern on Amherst Street in Buffalo.
The benefit, which donates 100% of proceeds to the WNY Breast Resource Center at Roswell Cancer Park Institute, is entirely community crafted, and has parlayed into a much larger, all-encompassing event thanks to the support of local volunteers.
"I try to involve the small businessperson, but the way I look at it, even though  I don't have actual financial sponsorship, the whole community sponsors by virtue of contributing and making it happen," Goeckl said.
Goeckel's admiration for local female musicians in the Buffalo music scene is unwavering, and she wanted to showcase a group of talent that would have people talking long after the event was over. Female Musicians Fighting Breast Cancer will feature a hand-selected lineup of bands and singers, including veteran songstresses Terrie George and Julie Kittsley and pop-soul groovers Dirty Smile. There will also be a basket raffle and 50/50 split.
"A lot of these women have really been fearless. That's what I admire most about the female musicians I know. They don't back down. They don't become mousy and they don't become intimidated by rejection or having to try that much harder to be recognized," a proud Goeckl said.
Known for what she calls her "momitude" and a tough-as-nails, no-nonsense personality, Goeckel is committed to changing the social climate within the local music scene as it pertains to female musicians, especially bass players. Now that more female musicians are picking up the instrument, she feels it's necessary to create long-lasting solidarity.
A networking partnership is important too, and when two people can better understand each other, they grow together, and so does the music.
"The bass player who played on John Mellencamp's Wild Night [Me'shell Ndegeocello] said in an interview that women who play bass have the ability to nurture the groove from the womb. I always liked that phraseology," she said. "But I think men and women approach the instrument differently mainly because I know that there's a lot of sexuality in playing a guitar for guys. Shapes like a women's body (come to mind), like they're making love to the guitar. I don't think women do that. They have their own approach, and they should embrace their own approach to the guitar," Goeckel said.
Goeckel grew up to the sounds of the '60s and '70s, the era of acoustic guitar and unassuming singer songwriters like Joni Mitchell, Phoebe Snow, and Janis Ian.
Estrogen-fueled talent only began to bubble on the surface. For Goeckel, it was the '80s and early '90s that brought forth a new wave of successful women bass players, like David Bowie's bass player Gail Ann Dorsey, Rhonda Smith who played with Prince, and the grandmother of bass, Carol Kay, all of whom inspired her to play.
The definition of success is different from person to person, but for many women like Goeckel, fame isn't a motivating factor. This could be a point of contention among opposing groups, Goeckel suggests, and it could be one of various reasons why more opportunities aren't being created for women musicians.
"I think female musicians don't get caught up in that whole rock star thing. I think they maintain their humbleness. I think there are male musicians who are very humble, too, of course, but guys get into music a lot when they're young because they want to be a rock star. They want all the things that come along with it, the decadence and all that," she said.
Goeckel's motivation for executing a successful charity event is to give back to the community by telling her story, and the story of so many other strong women like her.
"I hope guests walk away knowing that it takes a network of people, a village of people, to support one another. The WNY Breast Resource center that we raise money for is a go-to center for making people empowered by reading up and getting information that will allow them to make informed choices about their own treatments," she said. "The people that come to this event are survivors, supporters, friends, families, who understand that if you have a mother, an aunt, a sister, a wife, or a daughter, that they are susceptible to breast cancer, which kills 40,000 women in a year."

Female Musicians Fighting Breast Cancer will take place Sunday at The Sportsmen’s Tavern at 326 Amherst St.  Doors will open at 1:30 p.m. and bands will perform from 2-7 p.m. Tickets are $10 presale and at the door.

Promoted
326 Amherst St Bufalo, NY 14207
This year’s lineup is full of soul and courage. First up will be a duo, featuring the classy jazz vocalist, Julie Kittsley, accompanied by none other than Jack Civiletto. Second is a band,…
- Share this page -