Sign of the "Tines" - Buffalo Band on the Verge 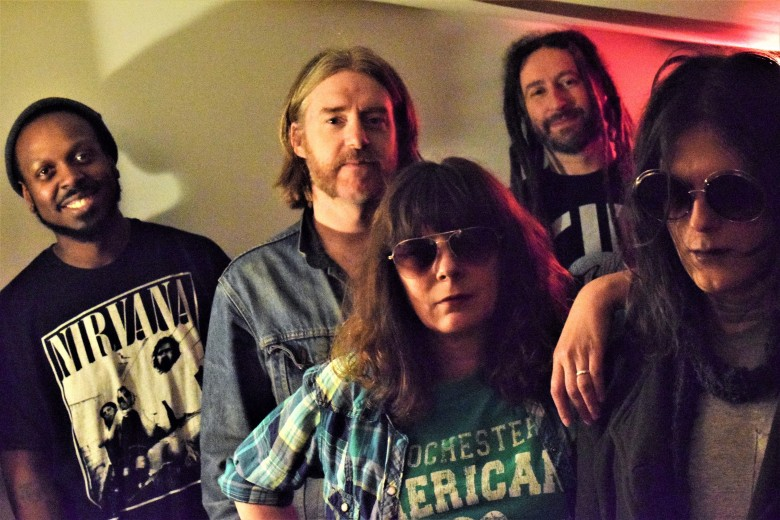 I had the pleasure of seeing local progressive rock band Tines play a set at Mr. Goodbar in late May, where they ended the show with a bang (literally) by blowing the speakers out of the joint. They quickly recovered in comic relief, as true musicians do.

The band was accompanied by local music scene mainstays Fatal Figures, The Gennies, and Stone Priest. What was intended to be a CD/Tape release ended up turning into a monster of a jam session with no official release by the five member progressive rock study, who only left their loyal fan following dry and eager for a debut project.

Mixing and production are time consuming with the careful route that the band is going, says Tines keyboardist Arrow Fitzgibbons. "We finished tracking (the album) like five days before the release date so it wasn't quite mixed properly by the 20th, even though Glenn (Glenn Szymanski, Tines Guitarist) was working on it day and night."

Tines was formed in 2013 when guitarist Glenn Szymanski created a vision for a doom rock/proto metal-infused group in Buffalo. A bassist and drummer was recruited, with Arrow on keys and Kelly Murphy on vocals. A new bassist T. Andrew Trump and drummer, Eddie Pearsall joined the family in 2016.

Tines fans needn't fear; their debut release is right around the corner, and when it hits, you'll hear the whistle of the metal grinding against the rails.

"(Sonically), the album will sound like a freight train rollercoaster built solidly with analog technology in the 70s, but it's not your basic stoner Sabbath regurgitation," a poetically pithy Arrow said. "There's orchestral parts, ambient noise, snippets of a piece written in the style of Ennio Morricone, an Arabic piece, something that sounds like a symphony of nintendo entertainment systems."

That's all the band could offer for now about the release. Stay tuned via their social media page for future updates and check out their bandcamp for past recordings.