Mother Mother Invades The Rapids Theatre on No Culture Tour 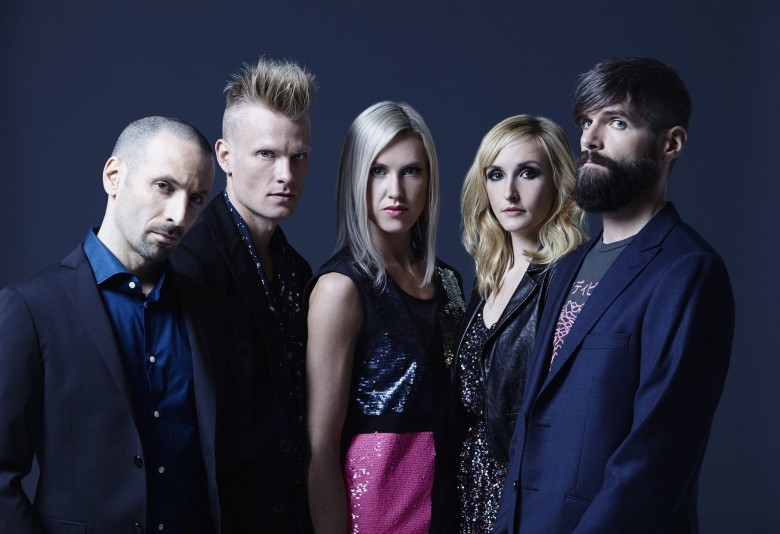 The python of all indie Canadian synth-rock bands, the five-piece outfit known as Mother Mother, is striking The Rapids Theatre July 14 with their venomous riffs and some human intervention as part of their 2017 No Culture tour.

The band, consisting of members Ryan Guldemond (vocals, guitar), Molly Guldemond (keyboard, vocals), Jasmin Parker (keyboard,vocals), Ali Siadat (drums), and Mike Young (bass) are known for their rapid fire album recordings (they've released a project every two years over the last decade or so), but their 2017 gem No Culture took a little longer than expected.

Still, the album was finished with an immediacy their previous albums lacked, as Ryan Guldemond states in an interview with Aesthetic Magazine:

This time around things happened in a more pressurized fashion, which I think made for a more cohesive sentiment. The music was produced from an emotional space, it wasn’t drawn from different chapters in life because sometimes you can just sort of pull from the archives and sort of piece together an album. It was a byproduct of focused, emotional intention.

No Culture  springs forth from the idea that personal identity is forged through human bonds, which are difficult to make when popular culture encourages us to form artificial ones. Tracks like "Baby Boy" and "No Culture" stand out as idea weavers. Society hands us the blade and from stolen cloth we cut, butchering our own perceptions and leading us to self-destructive behaviors like narcissism, hedonism, and addiction.

Perhaps this is why Mother Mother has a mixed reputation in its beloved homeland. They're not afraid to fight back. The Edmonton Journal writes, "Not a day goes by when I don't see some derogatory tweets or online posts about the fivesome -- more so than any other non-Nickelback bands."

Ryan Guldemond responded, "There are bands like the Arcade Fire, who are eternally beloved and that looks fun, but it's also nice to stir the pot a little bit."

The article was written in 2012. Even so, I couldn't help but wonder whether Mother Mother is to Canada what Nickelback is to the US. I asked Noisey artist and EDM producer Noel Jon, who lives and works out of Edmonton, whether the opinion piece held any clout. He told me that he honestly didn't know, but could verify that Edmonton loves Mother Mother and they come into town a lot.

Even more fascinating is the band's lead singer. What is it about Ryan Guldemond that brings all the boys and girls to the yard? Is it the scruffy, bad boy exterior, the kind of gripping animosity that could probably bring S. E. Hinton to her knees? (His personal interviews will override all of this; he's actually a pretty sweet, shy individual). Could it be his love of The Pixies, the movie Dirty Dancing, and his unsterilized approach to music writing? Is he a long lost brother of Billy Idol?

Could it be that Mother Mother is writing a satirical revenge album dedicated to their online critics? I doubt it. There's too much love on No Culture for that. The album also holds steeper value. We escape ourselves to find ourselves, which can cause damage we weren't prepared for. In Mother Mother's lyrics and melodies, we hear five devout souls who have truly dug deep.

1711 Main Street Niagara Falls, NY 14305
The python of all indie Canadian synth-rock bands, the five-piece outfit known as Mother Mother, is striking Rapids Theatre July 14 with their venomous riffs and some human intervention as…
- Share this page -

Jessica is a music editor at BuffaloVibe.
Advertise With Us
- Featured Event -
Sat Dec 17th