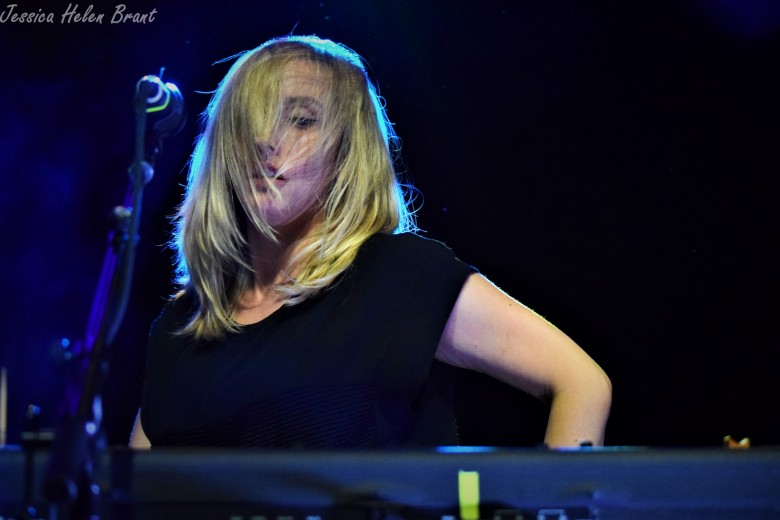 The Canadian pop-rock gang Mother Mother rocked the stage at The Rapids Theatre during their stop in Buffalo on their No Culture tour with a tasteful mix of fan favorites.

Lead singer/guitarist Ryan Guldemond walked onto the stage during the group's opening number "Free," which they delivered in the form of a hammering, percussive blow. Young, cool kids pumped their fists and wiggled back and forth as a sprinkler of spit showered the front row.

It's almost common knowledge in the music world that Mother Mother is not as popular in the US as the group is in their native Vancouver, British Columbia. But Friday night brought out a flock of people with ties to the motherland. Ryan Guldemond asked the crowd if any Canadians were in the audience and the response was explosive.

Mother Mother continued with "The Stand" and "Love Stuck," both off the group's latest studio album. Keyboardist Jasmine Parker screamed her brains out in "Baby Boy," and Ryan Guldemond sang with an intensity which almost popped his eyes out of their sockets. His sister Molly Guldemond crooned on like a baby cherub in an angelic chorus, and all felt right with the world.

Mother Mother's style is informal, and they exude a boondocksy grit that dismantles what music listeners typically consider a new wave sound. They are a new brand of Culture Club, ethos-oriented, unruly, and undeniably down for the cause.

Before a touching performance of "Ghosting," a monochromatic light scheme flickered above the stage and zoned in on Ryan Guldemond, who began to talk. "Fuck borders. Cross pollinate. Let it grow," he said of the human species.

They transitioned later in the night to "Hayloft" from their 2008 album Oh My Heart and "Bit by Bit," from their 2012 album The Sticks, two of my favorite numbers of the night. The audience applauded a thunderous snare played by a talented Ali Siadat that could have arguably crushed the souls of 10,000 men.

Although audience count looked to be about 500 to 600 that night, probably a little under half the total capacity of what The Rapids Theatre can hold, the performance was intimate and relaxing. Couples, singles, swingers, and minglers binged on a message of love, light, and prosperity for all.