Karl Denson and My Reflection on the Universe 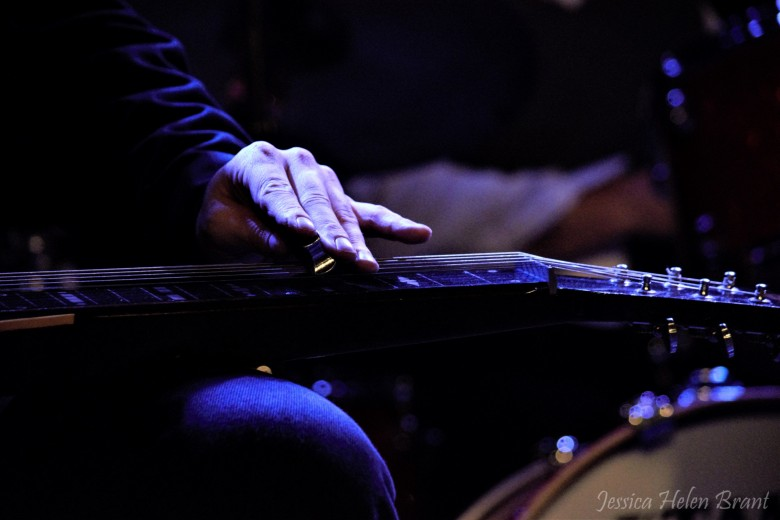 People need music more than they ever did before.

That was the thought running through my mind two Friday nights ago during Karl Denson's Tiny Universe's show at Buffalo Iron Works. When the band played their second song "Boogaloo," I bobbed my silly little head and stomped my clumsy little feet with the best of them. There were also moments where I paused and just absorbed the technique of each musician, finding it unbelievable that what I was seeing before me was of man-made mechanics. I'd say within the last couple years societally we really haven't been doing too well in the making man department.

I usually go into music assignments with a motive: report set list, report on key players, key moments, crowd reaction, key opening, key encore. Input sticky notes into Android. Take a few photos. Record social media. Trend trend trend. Move on to the next venue. The game plan at Buffalo Iron Works was a little different for me that night. I could not and would not move on. It was a time to reflect on music alone, on the actual sound and how it makes me feel.

The concert going experience is a subjective one, and it's also a calmingly collective one. In the brief yet surreal trip of a concert experience there is the assuaging of the hive mind, an organized chaos that files in like a stream of notes. There is the act of enjoying, a room of contagious energy bubbling over from one person into the next, without adjustment, judgment, or crime. Strangers enjoying the company of other strangers.

"Boogaloo" took me back to the days of Jerry Lee Lewis and Chubby Checker, had they been peforming together on a badass boat somewhere in the Louisiana wetlands. The strain of the funky flute playing by Karl Denson in "Satisfied" took me back to simpler times, assuaging me, allowing me to self-medicate with nothing but air and sound. The instrument becomes the telescope through which the world is taken in, making us the commanders of our own ships and resilient to any external warfare because we are, briefly, living on faith created by flaps in the wind.

"Because of Her Beauty" presents human expression in organized chaos with a quick step of jittery fingers flying across a keyboard and the wonky elongation of notes traveling from a sax's mouth. "Tumblin' Dice" and "Everybody Knows" gave me the sensation that I was either coasting along a Vegasy desert strip with no destination in particular or walking through a Blues Brothers scene. Everything from the steel guitar playing to the tamborine shaking was bliss.

It's always been a ritual of mine to make note of what musicians wear on their feet when they're on stage because it's like catching them unguarded on stage. For lap steel guitarist Seth Freeman it was what looked to be an updated pair of weathered gator or snakeskin boots. For Karl Denson, it was a slick pair of orange and black Vans. Their footwear mirrored their attitude choices, strictly copacetic. I was happy to "walk a mile" in their shoes that night. Music can take us many places but sometimes it feels good to arrive back at the source and take the time to learn a little.

Because people like Stevie Wonder and bands like The Rollingstones will not be around forever, we need musical memories. In a morbid sense, the musical experience reminds us of the steadfast rate of our mortality. At the end of each encore the road crew packs up, the instrument cases are closed, the amps are cleared away, the lights are turned off. That concert will never be played the same way again, with the same crowd, with the same nuances, much like a photographer can never really capture the same moment twice.

There are rarely any do-overs in life. Everything moves so fast in today's world. If you blink you'll miss the moment, and you'll never be able to truly hear the music the way the musican intended it to be heard the first time. You can trust that since my experience at Buffalo Iron Works I've put my phone down and learned to re-train myself on how to breathe in the moment, the right way, the first time.