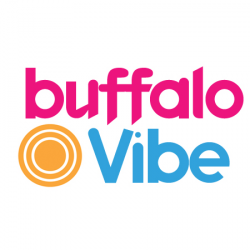 BuffaloVibe is an online guide to the fabulous Buffalo lifestyle. The goal of the website is to highlight and share all of the most interesting aspects of the city and its people. We invite all readers to submit articles, videos, photos, music and ideas. Come vibe with us...


Interestingly, Father's Day is a tradition that dates all the way back to the Middle Ages. The first time this celebration was proposed in the United States was in 1908 after what was considered the country's worst coal mining… more »


It was 1970. The war was raging in Vietnam. Air pollution was ubiquitous and to many - even in Buffalo - it still smelled like prosperity. The word environment was more likely to be heard in a spelling bee than on the… more »

I Can't Quit You


Amid Buffalo’s resurgence, we often seek out the latest. Tired of our storied past, we grasp for the sparkle and pop of the localvore restaurant, the re-envisioned event locale, or that newly designed park. And we should… more »


If you failed to celebrate Valentine's Day sufficiently on the 14th, don't despair. A couple of unorthodox opportunities are coming up later this week. Consider Sexy Wheel, Squeaky Wheel's Anti-Valentine's Erotica… more »


This week's must-see is Lumagination! This spectacular light show at the Botanical Garden is a steamy, exotic treat during the chill of winter. Wednesday is family fun night, Thursday is student night, and the whole shebang… more »


What's up with Wednesdays all of a sudden? Way too many fun things to do on a school night. Skate up some bucks for Bison Fund scholarships at Canalside, or get Behind the Scenes at the Science Museum for a peek at some amazing… more »


Start the Martin Luther King Jr. Day weekend early with the first black woman elected to Congress. The documentary "Shirley Chisholm: Unbought and Unbossed" is part of a fascinating multimedia presentation by Eva Doyle at… more »


If you've longed to hit the slopes, consider taking a very long lunch hour on Friday and be part of the World’s Largest Ski and Snowboard Lesson at Holiday Valley. You could help break a Guinness… more »


Think the festivities are behind us? Think again. We're right in the heart of both Channukah and Kwanzaa, which do not end until the New Year begins. So don't put those party shoes away yet, there's lots more fun to come this… more »


There are just 19 days left in 2016. Chanukah, Christmas, Kwanzaa, New Years Eve, with associated festivities, all loom. Get your jingle bells on quick! M&T Bank certainly is. The annual Holiday Music Under the… more »


The long Labor Day Weekend kicks off tonight in Allentown with a special edition of First Friday Gallery Walk. The Art Chase Scavenger Hunt convenes teams of four at Hyatt's at 6:00pm. Be part of a team or watch the fun.… more »

Mixology Part IV: "Love Me Not"


The weather is exceptional, and there is no dearth of outdoor events in Buffalo. Grab a blanket and a bottle of vino and head to Shakespeare Hill in Delaware Park to take in The Taming of the Shrew any evening except… more »


London-based Monocle sent John Fehnert to take a look at upstart Buffalo. Purporting to be "keeping an eye and an ear on the world," the classy trend-setting print and online Monocle found lots to report. "After a post-industrial… more »


This natural wonder is just 20 minutes from Buffalo. Don't wait until guests are in town to revel in its beauty, set in one of Olmsted's loveliest parks. The 50 most beautiful places in America in Conde Nast Traveler… more »

Things To Do in Buffalo on Your Weekend Visit


Our lovely city of Buffalo is a great place to visit, filled with amazing restaurants, boutique shops, art deco architecture and many historic landmarks. With so much to choose from, first time visitors often ask us for… more »


By Delorian Morrell At seventeen years of age I left my fun Buffalo bubble. Skateland on Friday nights. The delectable food, our signature Loganberry drink, warm weekends walking down Elmwood and yes, Wegmans. I also left behind… more »


Jim Robbins grew up in Niagara Falls. Now he reports for the Wall Street Journal. The result is a loving look at the $40 million makeover that is taking place at the seventh natural wonder of the world in Buffalo's backyard.… more »


Lisa "chucked it all" to travel around the world. Now, she's creating a new life based travel blogging. And she stumbled across Buffalo.  "It was a Friday afternoon and folks were out strolling, smiling, and laughing.… more »


Graycliff now officially numbers among The 15 Most Beautiful Places in Upstate New York You Didn't Know Existed according to LAUREN MATISON on Thrillist.com (March 30, 2016). Of course, Western New Yorkers… more »

Chocolate catapults Easter in Buffalo to #7 in Nation


Wallethub is at it again. Buffalo is listed as the seventh best place to celebrate Easter in 2016’s Best & Worst Cities for Easter Celebrations. But it wasn't butter lambs, chrusciki or pierogi that thrust… more »

Buffalo: the First of 10 Awesome Comeback Cities to Visit


In what feels like a riff on Katie Couric's Yahoo News Comeback series, Smartertravel.com published The Next Big Thing: 10 Awesome Comeback Cities to Visit on March 1, 2016.  "It’s time to re-introduce yourself… more »


Say "Buffalo" almost anywhere in the U.S., and most folks think "wings." For better or for worse, "hot dogs" may become an alternate response. If this is the case, Larry Olmsted's Special for USA TODAY on March 3, 2016, Teds… more »


There are far more than fifteen great things about Buffalo. But Sydney Olivia Schmidt makes a good start in 15 Great Things About Buffalo, N.Y. - There's no place like home in The List (Feb 29, 2016). "Growing up all… more »


Buffalo is keeping some very good company In some high profile places these days. About.com included the Queen City on its list of 26 Places to Go in 2016, along with Paris, Iceland, Nepal, Rome, Quebec and Australia's Blue Mountains.… more »

Buffalo (yes, Buffalo) now ranks as the hottest construction market in the Northeast


More than over 12,000 new jobs are being created in Buffalo by the $5.5 billion in economic development activity that is currently underway, making Buffalo the “hottest construction market” in the Northeast. Using… more »


Sheer nonsense! The "Buffalo State Asylum for the Insane" sits at the very top of this poorly researched list compiled by paranormal investigator Joni Mayhan. We, of course now know the Asylum as the Richardson Olmsted Complex.… more »


Who watches C=SPAN? You might be surprised at how many people do, and what interesting topics pop up there. It's not Netflix, but there are some real hidden treasures. C-SPAN has Local Content Vehicles (LCVs) that cruise across… more »


The Buffalo resurgence is getting the nod in the strangest of places. We all know that Buffalo has great food, but Best Food Foward, an article by Liz Campbell in Foodservice Consultant, barely mentions Buffalo's culinary scene.… more »


TheCultureTrip.com claims to feature "the best art, food, culture, travel" from around the world. If this is true, Buffalo just made the cut. Although Top 10 Culinary Experiences For Foodies In Buffalo, NY starts badly, falling… more »


Soar over Buffalo on the wings of Bach! Peter Van Scozza performs Bach Partita #3 for unaccompanied violin, 1st movement, Preludium, as the camera soars over the lake towards the Buffalo skyline, swoops over downtown, following… more »

Move Over NYC: This Other New York City Is a Rising Star


#SiliconCitiesUSA on freeenterprise.com is exploring how entrepreneurs and businesses are faring in non-major U.S. cities. It’s “reporting on the ground from each city, talking with elected officials… more »

Himself: A Civil War Veteran’s Struggles with Rebels, Brits and Devils


Himself: A Civil War Veteran’s Struggles with Rebels, Brits and Devils, by Bill Donohue, got a great review by Buffalo News political reporter Bob McCarthy on Sunday, July 26.   “The… more »


Since our last feature on Chae Hawk's "Dance Party for the Heavy Hearted", the Progressive Rap Cinema artist has continued to live up to his reputation as one of the hardest working creatives in the Buffalo… more »