The Town Pants with The Probables
Friday 8th Sep, 2017 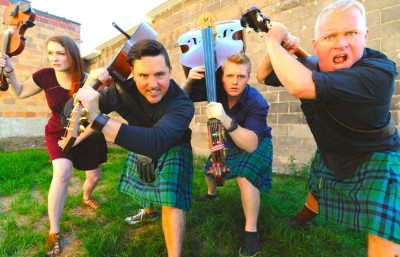 With a decades worth of headlining roots and celtic festivals to selling out nights at rock venues, the Town Pants own brand of celtic roots rock rebel spans five albums so far, and backed up with and a legendary live show that’s garnered them fans internationally from Ottawa to Oslo. Rarely does a band have this combination of passion, energy animation and spirit that makes for some of the most imaginative songwriting you’ll find in the genre.

The Probables are a feel-good, folk-grass band from the rolling hills of western New York. The band formed in March of 2016 and hit the ground running by releasing their first EP in July of the same year. Their dedication and passion for the music can be heard from deep within their original songs that are only one part of their repertoire. With traditional bluegrass and rock -n- roll roots, the group’s goal is to fuse Folk, Bluegrass, and Roots-Rock music to deliver a unique soul reaching sound to their listeners.
​