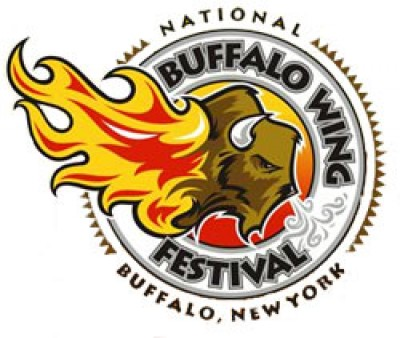 The idea for the festival came from a movie called Osmosis Jones. Bill Murray starred as a compulsive eater with a goal of attending the Super Bowl of junk food, The National Buffalo Wing Festival.Ironically, there wasn't one.That is when native Buffalonian Drew Cerza, now affectionately known as the Wing King decided to make it happen back in 2002. This is a case of Real Life knocking off Hollywood!

$5 per day, Children 8 and under are free. Tickets are available at the gate.

All beer, soda and bottled water must be purchased through stadium vendors on the field for cash. No tickets will be accepted.