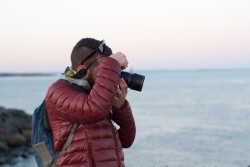 
Hoyt Lake is the main attraction in Olmsted's Park System. People flock to Hoyt Lake and the surrounding park no matter what time of year. In the winter, locals can often be found at Shakespeare Hill sledding down what is undoubtably… more »


What once was the Holiday Inn at 620 Delaware Avenue is now the Residence Inn by Marriott, complete with a Starbucks. Anybody who drove or walked by the old Holiday Inn will recall what an eyesore it was. There were no windows… more »


Lincoln Parkway is home to some of Buffalo's most expensive houses and stretches from Soldiers Circle all the way to the Albright-Knox and Hoyt Lake. Olmsted designed this parkway to be the grand entrance to his crown jewel,… more »


Chapin Parkway, named after General Edward Payson Chapin, stretches from Gates Circle to Soldier's Circle where it intersects with our last featured parkway, Bidwell Parkway. Chapin is the widest of the still intact Olmsted Parkways.… more »


In 1868, Frederick Law Olmsted came to Buffalo. He was invited here to choose one of three parcels and design a park. Instead, he created the first park and parkway system in the nation. He chose to model Buffalo's parkways… more »


Johnson Park is a unique street and community in Buffalo. In 1837, Ebenezer Johnson donated the land between Park Place and Johnson Place for use as a city park. Since then, the charming park around which the Johnson Park neighborhood… more »


Buffalo's Historic Linwood Avenue was granted neighborhood status by the City of Buffalo in 1978 and is formally called Linwood Historic Preservation District. Locally however, it's simply refered to as Linwood Avenue. Stretching… more »