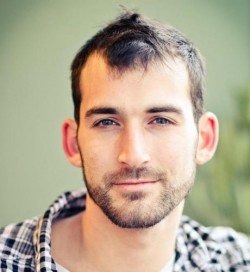 
Winter is coming, and best we be prepared. However mild he predications are now, however hopeful we stay, however experienced we may be, it’s going to get cold, wet, icy, chilly, snowy, and still more unbearably cold for… more »

On the Bills - Patriots Rivalry That Never Was


Since the year 2000, the Buffalo Bills have bested the New England Patriots on just five occasions. They’ve lost 31 times. Which means, among other things, that the Bills haven’t had a rivalry with the New England… more »

On Numbers and Quarterbacking the Buffalo Bills


It’s come to this. As a Bills fan at the start of the season, however the optimist, believing the team could make a playoff run with a wunderkind rookie quarterback, or however pessimistic in thinking they might not win… more »

On Bills Fandom Through the Ages


This is the year. Definitely. This time it will be different. We have a great shot. Also, the Patriots don’t look good anymore. Those and many other self-assured, idealistic and yet incredible unrealistic sayings have permeated… more »

Concert Review: The Beths at Babeville


It was a show that felt undeniably like bit of end of summer fun—despite the fact that it's October. With energy and ease, amid a tour on the other side of the globe, New Zealand power pop group The Beths delighted a crowd… more »

On Trusting, Respecting, and Mocking the Bills Process


The prevailing question around the Bills season concerned what their plan was for the immediate and distant future; the narrative was around rebuilding. That was especially disheartening following a season in which the team made… more »


If too many our of lives are consumed with political chaos, societal struggles, or base anger and negativity, then Neko Case’s performance in Buffalo was a welcome realignment – a night of simple, passionate… more »


If the Buffalo Bills taught us one thing in week three, it’s that you shouldn’t gamble on football. If they taught us a second thing, it’s that in football, there really are intangibles – human elements… more »


Once upon a time, perhaps a magical, blissful, simple time, smartphones weren’t needed. We all carried on without them. T'was a time when people made plans and just trusted the other party to arrive at the agreed upon time… more »

On Point(s) for the Buffalo Bills


The point spread in gambling exists because of situations like this Sunday, where the Minnesota Vikings, a team with Super Bowl aspirations, host the Buffalo Bills, who will almost assuredly have a top five draft pick. Anyone… more »

Your Guide to Outdoor Excursions this Fall


While the weather doesn’t adhere to any schedule and will likely continue to be wildly absurd for some time, the calendar says we are fast approaching one of the generally agreed upon most wonderful times of the year: fall.… more »

On the Enduring Existence of Rich Stadium


46 years and counting! This Sunday as the Buffalo Bills host the Los Angeles Chargers, their home field, once Rich Stadium, now New Era Field, and often and always ‘The Ralph,’ will enter its 46th year housing NFL… more »

On the Origin of 'Bills' by Means of Fan Selection


Never is there a more optimistic moment in the season of the Buffalo Bills than right before the season actually gets started. The team hasn’t lost yet; the division title is still within reach; limitations haven’t… more »