Concert Review: The Beths at Babeville 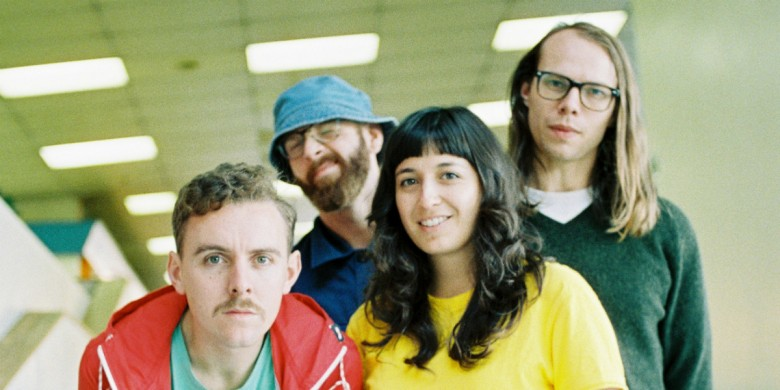 It was a show that felt undeniably like bit of end of summer fun—despite the fact that it's October. With energy and ease, amid a tour on the other side of the globe, New Zealand power pop group The Beths delighted a crowd at the Ninth Ward with their catchy, breezy musical stylings.

The quartet stopped at the beautiful venue attached to Asbury Hall at Babeville, and the intimate setting was quickly and everlastingly filled with music. Leading off with "Uptown Girl," a fitting song about going out and having fun, The Beths kept up a fast pace, breaking briefly between songs to chat up a rather polite audience. The group offered up the place as one to sing and shake along if they so chose, though lead singer Liz Stokes reminded everyone to stay comfortable, and the 60 or so people in attendance cheered but didn’t quite get up to dance the hot night away.

Which, considering the sounds before them, was hard to resist. Considering the unseasonably hot and humid night, it was almost as if the concert was on a beach, a better place to dance and celebrate perhaps, and perhap for the power pop summer rock The Beths perfom. The group ran through much of Future Me Hates Me, their 2018 full-length album that the quartet is promoting around North America this fall. ‘Little Death’ stood out in the middle of the tight, 30-plus minute show, as an emotional and effective tune that seemed to continuously grow in both volume and passion.

The group’s seemingly simple song structures belie refinement and talent. A tune like ‘Happy Unhappy’ is instantly infectiously, which may distract from a careful construction that involves warm harmonies, talented instrumental work, and a thread that stays catch til the very.

Performed live, their talent and enthusiasm are better observed, especially as the songs rise to a climax and offered a chance for them to get louder and faster. The Beths final offering of the evening, their so-called emergency song (a term which I now much more prefer to encore), was ‘Not Running,’ an apt closing that represented the best the band has to offer. It’s a song that starts slow and quiet, building quickly and rapidly to urgency, both lyrically and instrumentally, until it explodes in a showcase of emotion and excitement.

Like all their other songs, it can also just be something effectively fun, a joyous, pleasing, and sincere lilt that we can all use more of.