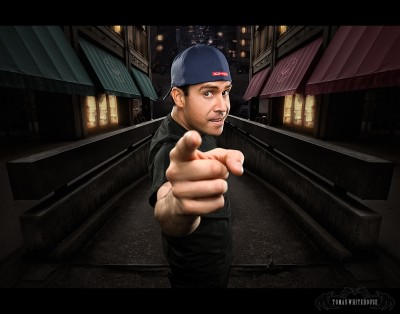 March 2nd - 4th, Pablo Francisco will rock the house with screams of laughter at Helium Comedy Club in Buffalo, NY.  Pablo is one of the most popular touring comedians worldwide. He has earned a reputation for his unique talent to weave together his one of a kind arsenal of off the wall characters and spot-on impressions. Francisco draws his audience into his vivid imagination and takes them on a wild ride as they experience his spontaneous outbursts, clever insights and some of the funniest rapid fire comedy, ever unleashed.

Fans across America will have an opportunity to catch a glimpse of Pablo’s hilarious new material as he prepares to shoot a new one-hour comedy special entitled “Here We Go Again.” The new special will feature some outrageously funny animation segments that only Pablo could create. Francisco’s two Comedy Central one hour comedy specials “They Put It Out There” and “Ouch!” continue to stay on the networks most requested list. Later this year Pablo’s stand-up will be featured on MTV’s new show “Acting Out.”

Pablo’s global appeal is evident in his past three Australian tours where he sold out shows in Melbourne and Sydney.  Previous to that, Francisco had his second visit to the South African Comedy Festival.  Francisco’s amazing international appeal catapulted him to rock star status selling out the world renowned Milky Way in Amsterdam.

Of Pablo’s six phenomenal European tours, his stand out performance on his third 16 city tour at the Troxy in London and sold over 26,000 tickets. Francisco’s international profile continued to soar as his universal fans welcomed him for yet another multi-country tour this past fall with staggering excitement.

Those who experience Pablo’s show for the first time find themselves mesmerized by his hilarious dead on impersonations.  Gene Lavanchy of FOX – TV Boston calls Pablo “the most talented comedian in the business today”.  His unbelievable ability to physically morph himself into movie stars, singers, friends, family, and a multitude of nationalities gives Pablo’s show a universal charm.  His drop-dead funny spoofing often leaves his audiences struggling to catch their breath which is the driving force behind his huge success.

Pablo’s astounding popularity is not limited to the stage.  His outrageously funny material and pervasive internet presence has captivated over 100 million YouTube viewers around the world.  Francisco’s worldwide fan base continues to grow with over 154,000 Facebook fans and thousands of Twitter followers.

In addition to his Comedy Central specials & DVD’s, Pablo has appeared on “The Tonight Show with Jay Leno,” “Late Night with Jimmy Fallon,” Comedy Central’s “The Show Biz Show w/ David Spade,” “Mind of Mencia” and was on the spring finale of VH1’s “Big Morning Buzz.”  He has also been a cast member on the Fox Network's sketch comedy show "Mad TV,” TBS’s “Frank TV,” and has appeared on Howard Stern’s radio show.