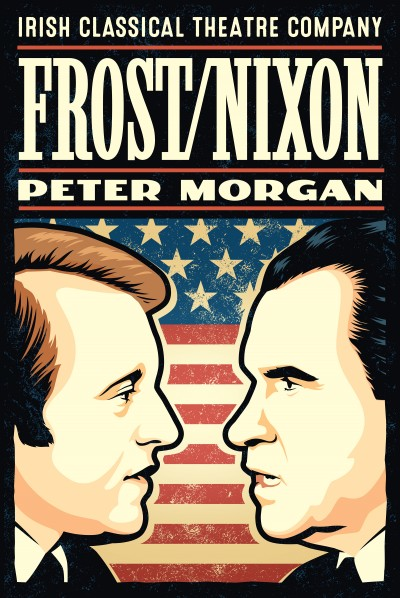 Frost/Nixon by Peter Morgan
Mar. 1-24, 2019
Directed by ICTC Technical Director Brian Cavanagh
Intrigue
Three years after the Watergate scandal, jet-setting playboy and talk show host David Frost risks his reputation and his personal finances to resurrect his floundering career by landing the most sought-after interview of its day.  This riveting play is a fictionalized account of the contentious and controversial conversations between disgraced ex-president Richard Nixon and Frost. The former Commander-In-Chief, Nixon, attempts to remediate his tainted image and restore his legacy while Frost battles to discern the truth, changing America's perception of its government and leaders forever.