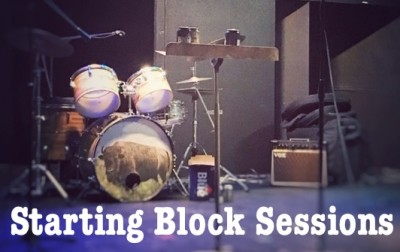 As part of the ongoing commitment to presenting opportunities for local artists and creative class individuals to present their mediums, CPAC is kicking off the Starting Block Music Sessions on July 19th, 7:00pm at the Compass Performing Arts Center, 555 Elmwood Avenue (Theatreloft) with Mark Dux and the Bender Project.

The Starting Block Music Sessions will feature a local band or musician in an "open-house" rehearsal. Audience members are encouraged to be interactive with musicians, open to answering questions regarding the creative process, inspiration behind songs, etc.

The Bender Project is a collective group effort to create and present original music and present it to the public in it's purest, raw format. All songs have been written primarily by Mark Dux and contributed to by the rest of the band, which includes: Mark Masters [drums], Tim Hackbarth [lead guitar and vocals], Bob Insana [bass and vocals], Diane Wilson [vocals and percussion], ed [keyboards], Carly [viola], Mark Dux [vocals and guitar].

Our initial effort here is to present the band and music in its earliest form in an informal practice-like setting where feedback and interaction with the audience is encouraged!

We're looking for an audience open to something new! Hoping to see you!