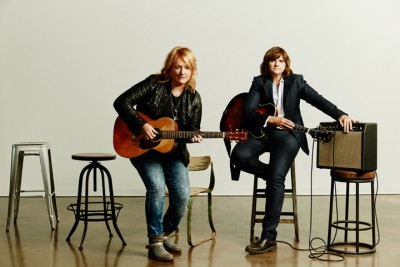 The Indigo Girls released their critically acclaimed debut album in 1988 to thunderous praise; it remained on the Billboard Hot 100 Chart for 35 weeks, earned double platinum status, received a Grammy nomination for “Best New Artist” and won “Best Contemporary Folk Recording.” Since then, the band has racked up a slew of Gold and Platinum records, received 6 Grammy Nominations and earned the respect of high profile peers-turned-collaborators from Michael Stipe to Joan Baez. NPR’s Mountain Stage called the group “one of the finest folk duos of all time,” while Rolling Stone said they “personify what happens when two distinct sensibilities, voices, and worldviews come together to create something transcendently its own,” and The New York Times raved that “gleeful profanities, righteous protest anthems and impeccable folk songwriting have carried this duo for thirty years.”