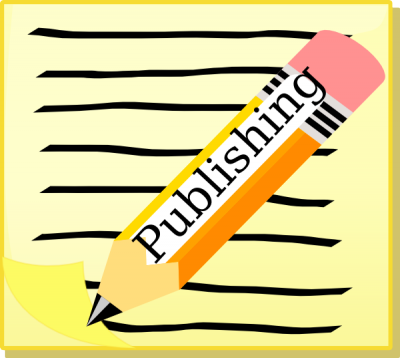 Though most of us know, more or less, how to do it, writing has always been a challenging art. For those who wish to make their work public, publishing is the final challenge, and historically a difficult one, since producing books was a labor and capital-intensive affair, around which was built a whole eco-system of selection and curation, and a set of standards. Technological changes over the past half-century have made it easier and less expensive to produce a book, and today it is possible for almost anyone to publish his/her work on his/her own.

The upside of these changes is that the barriers to publication have been largely eradicated. The downside is that the shrinking of the barriers has led to the publication of much sub-standard work. Publishers, editors, agents—the so-called gatekeepers of the traditional publishing system--serve a useful and necessary purpose, helping to ensure that the best work makes its way into the world. The events we have scheduled are intended to help illuminate the continuing value of the traditional publishing process in the time of rapid change and disruption.

On Wednesday, March 1, at 7:30 pm at the Western New York Book Arts Center (WNYBAC), John Freeman, former president of the National Book Critics Circle and former editor of the literary magazine Granta, founder and editor of the literary magazine Freeman’s, and author of How to Read a Novelist, will engage in conversation with Heather O’Neill, author of the just released novel, The Lonely Hearts Hotel, and contributor to the current issue of Freeman’s. Two of her earlier works were short listed for the ScotiaBank-Giller Prize, and her first novel, Lullabies for Little Criminals, was the 2007 selection for Canada Reads, the annual CBC book competition. Mr. Freeman and Ms. O’Neill will discuss the mechanics of literary publishing, the relationship between editor and writer, along with issues of design and structure and editing.  Ms O’Neill will give a brief reading from her work, followed by a question and answer session and a book signing by both authors. Attendees will also get a look at WNYBAC’s collection of letterpresses. Mick Cochrane, curator of the Canisius College Contemporary Writers Series, and the students in his literary publishing class will be contributing to this session.

On Thursday, March 2, at 7 pm, in the Cinema at Hallwalls Contemporary Arts Center, Grove/Atlantic editor Elisabeth Schmitz (Charles Frazier’s Cold Mountain, Michael Thomas’ Man Gone Down, Lily King’s Euphoria, Helen MacDonald’s H is for Hawk, are among her many books) will introduce one of her newest authors, Emily Fridlund, whose novel History of Wolves has just been released to great acclaim, including selection as the Indie Next pick for January by the booksellers of independent bookstores across the US.  Joining them in conversation will be literary agent Nicole Aragi, winner of the 2014 Maxwell E. Perkins Award for Distinguished Achievement in the Field of Fiction, who represents Ms Fridlund and many other authors in their relationships with publishers. A partial list of her clients includes Jonathan Safran Foer, Colson Whitehead, Claire Vaye Watkins, Junot Diaz, Anne Carson, and Terence Holt. The three will engage in a discussion of the methods and virtues of the traditional publishing process, with a question and answer session, followed by a brief reading and book signing with Ms. Fridlund.

These events are free and open to the public.  Those wishing to have books signed by the authors are expected to purchase them from Talking Leaves, as an act of respect and support for the participants, their publishers, the events’ co-sponsors, and the bookstore responsible for the program.

For more information about these events or to contact any of the participants, please contact Jonathon Welch, event organizer, at Talking Leaves, (716) 837-8554, or email tleaves@tleavesbooks.com .