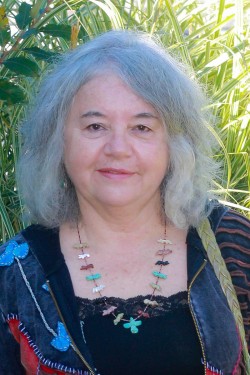 Trudy Cusella is a retired psychiatric nurse, grandmother and semi-published writer. The first of which she is grateful for, the second, over the moon about and she is working on the third.

Document of Discovery: A Disgrace


A Samaritan crafts and paints simple crosses out of recycled materials. On this day, a white cross decorated with a tuna can designed to resemble a sun flower is ready to go. Etched on the cross are the words: No identificada… more »


The Post is a Steven Spielberg crowd pleaser: a better-then-average movie starring Meryl Streep as Kathryn Graham and and Tom Hanks as Ben Bradlee. It offers great performances, lots of melodramatic moments and a tacked… more »


To celebrate an angst-inspiring birthday (such a high number!), my siblings took me to 100 Acres, one of the restaurants symbolizing the resurgence in Buffalo. Set in the old Buffalo Psychiatric State Asylum, now the Hotel Henry,… more »

Confessions of a Travel/Book Addict


I love to travel. Plane, train or automobile, any destination—ask, and I’ll meet up with you. When I make a list to plan a trip, reading materials fall right behind picture ID in order of importance. But, when a woman… more »


My father loved sports. His favorite sport was baseball and his favorite team was the New York Yankees. He made me a convert and for my sixteenth birthday he drove me to Cleveland to watch the Yankees play. When it was time to… more »


I love the movies. But after my sister and I were turned away on three different occasions from our movie of choice (La La Land, Moonlight), I was forced to face a new reality: the reclining seat. Embracing the reality of change… more »

In Search of the Perfect Latte


Confession: I go to my preferred coffee shop every morning to enjoy a latte. While there, I read, write or visit with a friend. My visits fulfill my creative, social, and intellectual needs for the day by morning. And that is… more »


Every penny stays right here in WNY ~ Variety Club slogan One afternoon in Pittsburgh in 1927, a group of eleven theater owners and a showman played cards backstage after a matinee. They heard a cry in the theatre. They followed… more »

Film Review: Manchester By the Sea


Extraordinary is not a word I use often, but I use it now to describe the film, Manchester By The Sea. When a producer sets out to make a movie from this kind of material, he/she had better create an extraordinary film. Manchester… more »