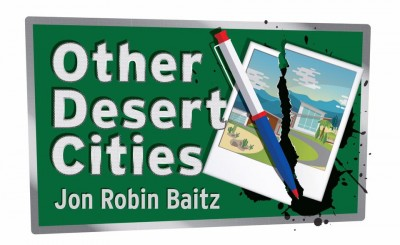 The story of the Wyeth family, who love each other--fiercely--despite their very different world views. Daughter, Brooke, arrives home one Christmas with a memoir of her late brother, Henry, who, about twenty-five years previously, had been involved with a radical group that bombed a recruitment center, resulting in a death. Brooke's parents, Reagan Republicans who value the status quo and have left this traumatic experience behind, do not want to reopen old wounds. Brooke is a writer and psychologically needs to write this to get out of a depression. All she wants to do is tell the truth, but the truth is much more complicated than she realizes.

Baitz's play is funny, poignant, intense, and both sad and hopeful. He presents all sides in this family comedy/drama and lets the audience determine who has the moral high ground if, indeed, there is any moral high ground to be had.

Tom Durham has been involved in theater for over 50 years. As a director, he has staged shows at Iroquois High School and with the Algonquin Theater Club, Aurora Players, and SCA: Loose Lips Sink Ships, a radio adaptation of A Christmas Carol, and Proof. He also directs AP's ProjectStage Act I summer theater program for 8 -11 year olds. As an actor, he has performed on numerous stages: the U of R, Boston University, the Rooftop Players (later the Kavinoky), Shakespeare in Delaware Park, Hamburg Little Theater, NRTG, and Aurora Players. He's given talks on theater and done one brief "old guy" modeling gig. At NRTG, he was nominated for a best supporting actor award for his portrayal of Benny Van Buren in Damn Yankees. Over his 50 year involvement with Aurora Players, he has been honored many times with working, artistic, and acting awards, including most recently three lead actor awards for Dr. Cook in Dr. Cook's Garden, Fagin in Oliver, and Grandpa Vanderhof in You Can't Take It with You. He has also received tributes from his Iroquois and ProjectStage students. For Tom, the best part of theater is the rehearsal process and making great friends.

Please note: "Other Desert Cities" will have a POST-Show Chat - with Director and Cast - for (2) shows only, first two Saturdays: Sat, Feb 25 and Sat, Mar 4.

Other Desert Cities by Jon Robin Baitz was nominated for several Tony awards, won the Outer Critics Circle award for Best New Play, and was a finalist for a Pulitzer Prize. Judith Light won the Tony for performance as the recovering alcoholic sister, Silda.

"Other Desert Cities" will have a POST-Show Chat - with Director and Cast - for (2) shows only, first two Saturdays: Sat, Feb 25 and Sat, Mar 4.