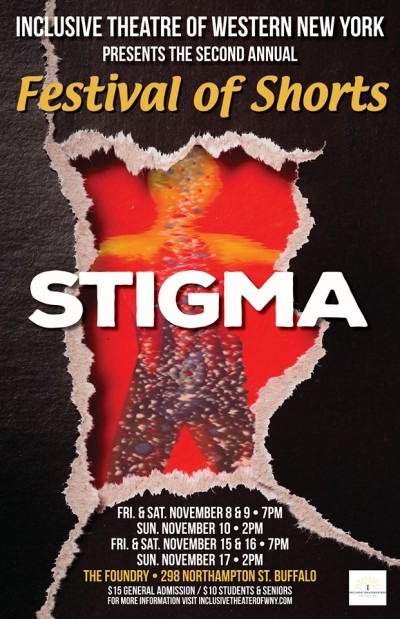 ITOWNY is PROUD to announce the plays we will be featuring in our November Festival of Shorts themed "Stigma!"

We are so incredibly thankful to have an empathetic, talented cast of actors and directors working together to bring these important stories to the stage. We hope you’ll join us.

The plays and writers (in alphabetical order by title) are:

* Anything is Probable (When you make up the rules) by Michael Fanelli, directed by Aimee Levesque, performances by Kevin Dennis & Nigel Nige

* The Only Easy Day was Yesterday by Matt Boyle directed by Jennifer LS Weber, performances by Dave Goddard & Cat Kwiatkowski

The Foundry upcoming events at this venue