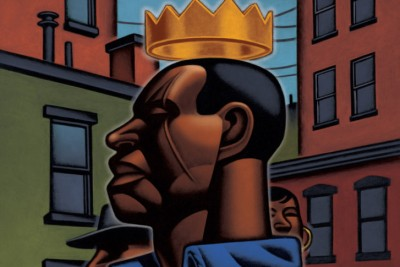 Peddling stolen refrigerators in the feeble hope of making enough money to open a video store, King Hedley, a man whose self worth is built on self delusion, is scraping in the dirt of an urban backyard trying to plant seeds where nothing will grow. Getting, spending, killing and dying in a world where getting is hard and killing is commonplace are threads woven into this 1980's installment in the author's renowned cycle of plays about the black experience in America. Drawing on characters established in Seven Guitars, King Hedley II shows the shadows of the past reaching into the present as King seeks retribution for a lie perpetrated by his mother regarding the identity of his father.

"Grand [with] some of the finest monologues ever written for an American stage, speeches that build gritty, often brutal details into fiery patterns of insight.... You may feel the scorch of lightning." - The New York Times