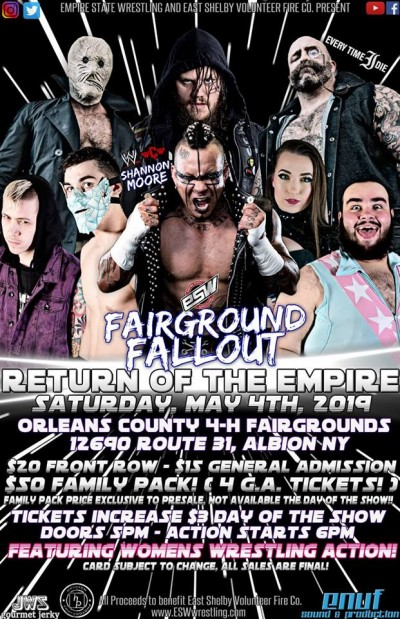 The following wrestlers are scheduled to appear at "Fairground Fallout: Return of the Empire" :