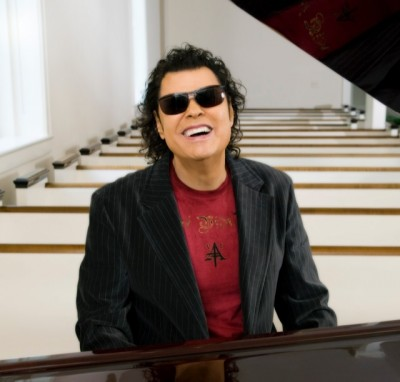 Ronnie Milsap is a multiple Grammy Award-winning country music singer and pianist. A blind performer, Milsap’s songs were frequent cross-over hits during the 1970s and 1980s. Forty #1s. Five decades of charted singles. Creating a new way of recording (being blind his hyper-attuned hearing led him to create/build what is now known as Ronnie’s Place, where the new album, the Duets, was captured), he broke genre rules and became one of the biggest pop/AC and even R&B artists of the late ‘70s and early ‘80s. Six Grammys. CMA Entertainer of the Year and four Album of the Year Awards.

The first country video played on MTV (the ironic “She Loves My Car”). An early champion of NFL star Mike Reid, who wrote many of Ronnie’s #1 hits and who’d go on to write Bonnie Raitt’s second most enduring classic “I Can’t Make You Love Me.”