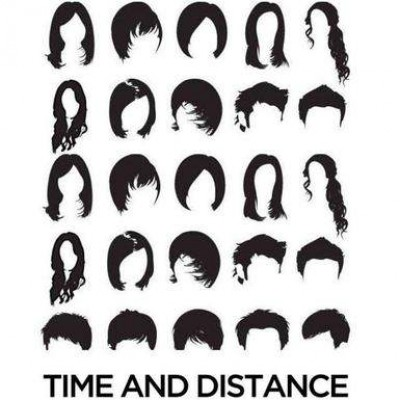 After touring almost nonstop for the past ten years, West Virginia's TIME AND DISTANCE have earned a reputation as one of the hardest working bands in today's scene. The band began in 2003 as the solo-acoustic project of vocalist / guitarist Greg McGowan, and is now rounded out by bassist / vocalist Adrian Crowder, & drummer Chris Thompson. They have a sound which is deeply rooted in 90's rock and early 00's pop-punk, with a tendency for sweet vocal harmonies, clever lyrics, and just enough musical prowess to separate themselves from the rest of the pack of "three chords / songs about girls" which has overtaken the genre in recent years. The bands most recent single, “Something More” follows up 2015’s “Live a Lie” single and 2013’s “ONep," which the band released as a pay-what-you-want download, and shows the band taking a slightly darker direction while still maintaining a sound that is distinctly theirs. After 250,000 miles, multiple vans, and 1000s of shows from coast to coast (including multiple appearances at the nationally recognized SXSW & CMJ music festivals, as well as their hometown's Live on the Levee summer concert series, being voted one of AltPress’s Best Unsigned Bands, and a DIY trip to the UK and Europe in winter 2016), the future looks incredibly bright for TIME AND DISTANCE.