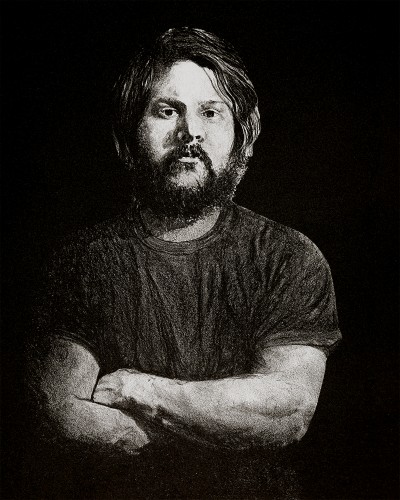 Tickets: http://www.purplepass.com/RyanCabrera052118
VIP Upgrade: https://ryancabrera.wun.io/events/440365
(note: the VIP upgrade does NOT include a GA ticket to the show)

You might think that you know Ryan Cabrera. Sure, the platinum-selling singer and songwriter is the architect behind ubiquitous smashes such as “On the Way Down”, “True”, and “Shine On” as well as albums including 2004’s Take It All Away, which hit #8 on the Billboard Top 200, You Stand Watching [2005], and The Moon Underwater [2008]. However, we really got to know Ryan like never before on his newest EP and fifth full-length album. Stardom aside, it’s never ever been about image, media, or pomp and circumstance for Cabrera. It’s always come down to one thing: the music. It’s where everything starts…

In 2009, he began writing songs for what would eventually become record number five. However, the inspiration didn’t quite click right off the bat. So, he continued cataloging his thoughts and emotions over the next few years. He immersed himself in other artistic pursuits such as painting—actually decking out his home with all original work enjoying his own personal renaissance.

He also spent meaningful time at hospitals around the country, brightening up the day for countless sick children and young adults. Inspired from this, Cabrera also took the opportunity to launch a live music series entitled Live From Ryan’s Living Room, which airs bi-monthly. Utilizing stageit.com, he broadcasts live performances from his living room and all proceeds for “online tickets” benefit different charities. Everybody from Colbie Caillat and Gavin DeGraw to Billy Ray Cyrus and We The Kings has joined him in the Living Room for unique live jams.

Amidst this creative upswing, 2013 ushered in something of a new awakening for Cabrera. After penning “I See Love” in Nashville with Nathan Chapman [Taylor Swift], he experienced a revelation. “That sparked the mindset of the new album,” he affirms. “It was about writing songs that are real and honest. It was, ‘Write what you love and are passionate about’. That ignited the entire record.”
He went back to Los Angeles reinvigorated and locked himself in the studio with producer Justin Gray [Mariah Carey, John Legend, Amy Winehouse]. Together, the duo wrote and performed the bulk of the album, playing all of the instruments themselves.

“It’s organic pop music,” Cabrera declares. “Justin and I hit it off immediately. We were in a room together, jamming on everything. We weren’t trying to be anything or fit any kind of mold. It was just music we dug. I started writing all of these fun, positive, and uplifting songs. My whole perception had changed. Every song tells its own story.” Ultimately, this is the real Ryan Cabrera. He doesn’t hold anything back, and he’s created his most uplifting and powerful music to date. “I want the music to speak for itself,” he leaves off. “My career has been about a lot of things from the outside. The focus unfortunately shifted to what my hair was like or who I was dating. That’s not why I started playing music. It’s always been about the music. That’s it. It’s not about being a pop singer. It’s about being an artist. I want people to think of the songs before they think of me. It starts now. This is going to be a fun ride.”