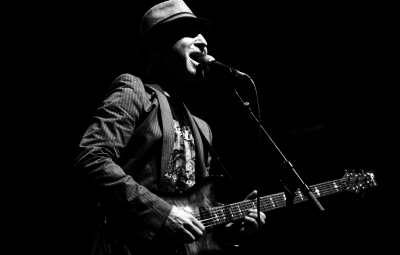 As the son of musician Jack Bruce (Cream), Malcolm has always been immersed in a musical environment. He grew up hearing and experiencing firsthand some of the finest musicians around, whether through his father’s frequent collaborations with musicians such as Tony Williams or John Mclaughlin, or Jack’s own bands with musicians like Simon Phillips and Mick Taylor.

As a teenager he attended the Guildhall School of Music to study composition and has been performing professionally since the age of 16. His musical style is very much his own.

Early in his career, Malcolm performed guitar and piano on Bill Ward’s (Black Sabbath) record ‘Ward 1’, which included piano on a track featuring Ozzy Osbourne. He recorded with Dick Heckstall-Smith, and a Brand X compilation featuring 2 of his own songs performed withPercy Jones, John Goodsall and Pierre Moerlan. In the 90s Malcolm toured and recorded with ‘Lost City’, featuring Rue Phillips and Kofi Baker, which included a double headline US tour with Edan Everly (Don Everly’s son).