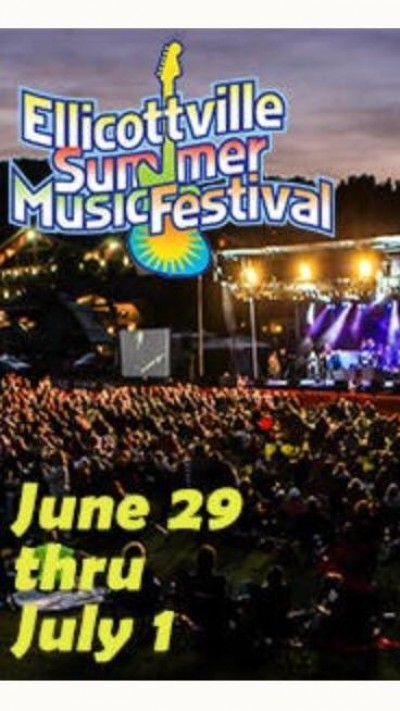 Join us this Independence Day Weekend, when the first fairway at Holiday Valley’s Double Black Diamond Golf Course becomes one of the best outdoor concert venues in the region. There’s plenty going on in the village over the weekend as well!

Opening the festival on Friday night will be Uprooted, featuring Michael Glabicki of Rusted Root, with opening act Functional Flow. Saturday night will feature DENNIS DEYOUNG AND THE MUSIC OF STYX, followed by the Buffalo Philharmonic on Sunday Evening.

Children 12 years old and under are FREE!

It was 29 years ago that Michael Glabicki left college to start a band. At that time he had no idea what he was going to do. He spent two years creating his vision and learning the craft of songwriting. That vision soon became Rusted Root, the multiplatinum band out of Pittsburgh, and Michael became one of the world’s most unique voices.

In many ways he is starting this process again by creating an entirely new sound landscape! This process has led to Glabicki’s new solo project, Uprooted! This band is bringing back parts of Rusted Root of old, including more percussion and more female vocals, as well as bringing it into a new place with new material. He will carry on playing Rusted Root’s entire catalog of music on tour with re-inspired versions, as well as continuing to bring new and exciting music under the new name of Uprooted.

Members from the most recent touring band for Rusted Root (Dirk Miller- electric guitar, Zil Fessler- drums, Bobby Schneck Jr.-bass) as well as a new female singer, Daisie Ghost Flower will be joining as the backing band on this new adventure.

DENNIS DEYOUNG: THE MUSIC OF STYX

DENNIS DEYOUNG is a founding member of STYX and the lead singer and writer on seven of the bands eight Top Ten Hits. His live concert with six piece band showcases all the STYX Greatest Hits spanning the 70’s, 80’s, and 90’s. The set includes all eight top Top 10 hits including LADY, BABE, COME SAIL AWAY, TOO MUCH TIME ON MY HANDS, BEST OF TIMES, MR. ROBOTO plus Classic Rock Anthems RENEGADE, BLUE COLLAR MAN, SUITE MADAME BLUE, ROCKIN THE PARADISE and more.

DENNIS is a legendary singer, songwriter, keyboardist, composer and record producer with a career spanning over 40 years. His voice is one of the most recognizable in the music world today and continues to inspire new generations of fans.

The evening will feature a surprise regional opening act commemorating the 20 national acts we have had to date for Summer Music Festival. The band will play one hit from each of the artists we have featured since 2000. You will be amazed at the number of Rock N Roll hall of famers that have performed in Ellicottville.

Since its inception in 1935, the BPO has served as Buffalo’s cultural ambassador. JoAnn Falletta is the Music Director of the Grammy Award-winning orchestra, which presents more than 120 Classics, Pops, Rock, Kids and Youth concerts each year. This year at the Ellicottville Summer Music Festival the orchestra will feature “Vinyl Fever” with songs from the 50’s, 60’s & 70’s including Motown, Billy Joel, Beach Boys, ABBA and the Beatles to name a few. The evening will end with your favorite Independence Day music choreographed to an awesome fireworks display.

Opening for the BPO will be The Lake Effect an award winning group of 5 men unified in one common goal; the promotion and performance of all-male a cappella music. The Lake Effect is the next step in the evolutionary process of a cappella music in the Western New York region. The group’s focus is new, intricate a cappella songs of both original & popular tunes that can be appreciated by people of all ages.