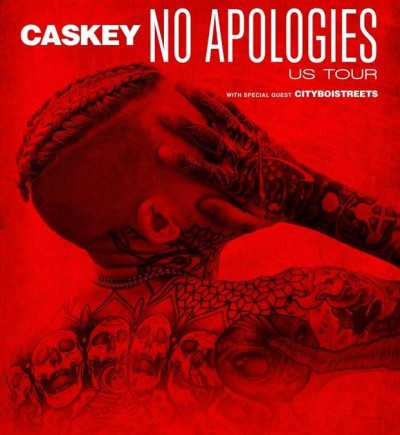 Cash Money has added yet another piece to their roster.
Orlando based rapped Caskey has inked a deal with Cash Money/YMCMB which will also publishing and merchandise. In addition, he signed with Money Mack Musicwhich will market his releases to television and film and assist with licensing, according to a press release. “I’ve wanted to be a performer my whole life, so signing with Cash Money Records and having this platform to release my music has been a dream,” he said. “I greatly respect Birdman, Slim and the YMCMB family. I look forward to making the city of Orlando, my fans and my label proud.”

In April, the 20-year-old MC dropped his No Complaints mixtape, which caught the ear of Cash Money collaborator and producer DJ Nasty, which eventually landed on the desk of Baby. “The minute that Caskey walked into our first meeting, I knew he was a star,” Birdman said in the release. “There was no seconds thoughts. It was clear from the minute he opened his mouth, the White boy could rap and had that star quality.”

Once Upon a Flatline - Debut Show