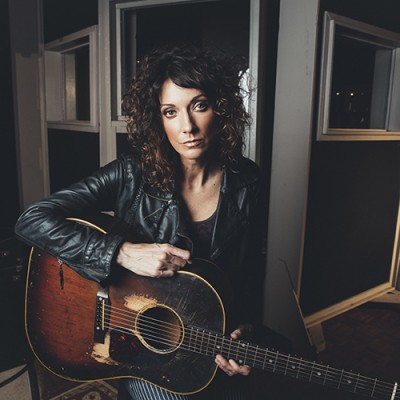 Amy McCarley is set to celebrate the recent release of her album, MECO, at Sportsmen's Tavern on September 22nd. Tickets are $5.

McCarley's album MECO traces her experience of what it's been like leaving life as a NASA contractor to pursue a career in music. On the road, she has shared stages with Ronnie Milsap, John Hiatt, Doyle Bramhall II, Marty Stuart, Lilly Hiatt, Delta Rae, and many others, and has graced festival stages such as Kerrville Folk Festival, 30A Songwriters Festival, EarleFest, and more.

Uniquely relatable, McCarley’s music is embraced by Americana fans across the country and abroad. Americana Music Show praised MECO, saying the album “demonstrates beyond doubt that Amy McCarley has established a clear flightpath in Americana music with her blend of country rock sung with a world weariness that immediately brings to mind Lucinda Williams… in MECO she has reached an elevation that deserves a wider acclaim to propel her musical voyage.” Country Standard Time called it a “Can't miss effort,” while The Morton Report proclaimed that “The record should propel McCarley into the big time at least as quickly as a NASA rocket launches a capsule into space. It combines mainstream accessibility with the sort of authenticity and depth you’d associate with artists like Lucinda Williams.” Lonesome Highway praised the album, calling it “superb” and lauding McCarley for her “strong and expressive voice that can display presentiment and positivity equally.” And Take Effect Reviews extolled the “reflective spirit and emotional honesty that’s very transparent… each song is carefully crafted and delivered with a pensive, gorgeous timelessness.”