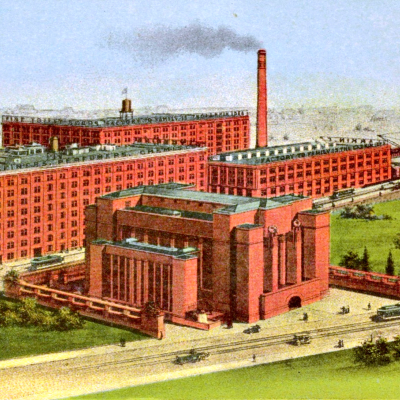 1 Symphony Circle BUFFALO, NY 14201
Time: 7:00 - 9:00pm
Cost: $10/Session l FREE/Explorer Pass Holders
THIS EVENT HAS PASSED
- Share this page -
SESSION 1: Glitz & Glamour: Buffalo at the Turn of the Century
Larkland: The Larkin Family Estate
Presented By: Denise Prince
At the beginning of the twentieth century, one of Buffalo’s leading families purchased an entire city block on Lincoln Parkway, bordering Delaware Park, to create an estate for themselves. John D. Larkin, the owner of the immensely successful Larkin Soap Company, built homes for himself and four of his children. Enclosed by a low stone wall that is still seen today, the place was called “Larkland.” Learn about the family and their soap business, their connections to Frank Lloyd Wright, and their legacy to the City of Buffalo.
Virtual Tour of the Pan-American Exposition
Presented By: Robin Foley
You have probably heard about the Pan-American Exposition. Maybe you know the basics: it happened in 1901 in Buffalo and President McKinley was assassinated there. But there was a lot more fun involved! Step back in time and take a virtual tour of the buildings and exhibits one would have seen on a typical day trip to the Pan-American Exposition. There were bizarre Midway acts, spectacular shows, and controversial "living villages" of faraway cultures, all among colorful architectural wonders that were long ago demolished.
More Information Find Prepaid Parking