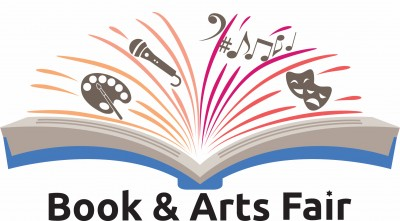 Welcome to the 52nd JCC Book and Arts Fair. We are once again proud to showcase authors and presenters from Western New York and beyond. With a line-up that offers something for everyone, the annual event will celebrate acclaimed authors, playwrights, artists and poets as well as the Tribeca Film Festival favorite, Keep the Change, a romantic comedy set in a world where no character is typical. The Festival features two books which celebrate the History of Buffalo, Albright: The Life and Times of John J. Albright by Mark Goldman and Becoming Elmwood: Buffalo’s Olmsted Parkway Neighborhood by Clinton Brown. The Twins from France travel to Buffalo to headline A SPECTACULAR VARIETY SHOW, a family friendly event for all ages that includes acrobats and magic.

Celebrate the arts with the JCC and join us often during our Book and Arts Fair, June 4-21, 2018.

All events take place in the Maxine and Robert Seller Theatre, in the Benderson Family Building unless noted otherwise.

Book & Arts Fair at a Glance

A Tale of Two Families: John Albright’s and Mark Goldman’s Mark Goldman author of ALBRIGHT: The Life and Times of John J. Albright, wondered, if an illustrated biography could be written about Albright’s family, could not one also be written about his own family? Encouraged by his work on Albright, Mark Goldman proceeded to write his own family’s history. The story of these two families, and how Mark learned about each, will be presented. Book sale/signing and reception to follow.

Playwright: Howard Wolf, Home at the End of the Day: An American Family Drama in Three Acts

Home at the End of the Day, by Dr. Howard Wolf, includes three related one-act plays that portray the complex history of an American family in the second half of the 20th century. The three acts recapitulate in dramatic form an emotional and psychological cycle: life, death, and rebirth. Improbable reunions and resolutions become possible in a blend of comedy, documentary realism, and fantasy. Excerpts will be performed as a staged reading. Starring: Richard Lambert, Joy Scime and Steve Rosenthal. Book sale/signing and reception to follow.

Come one, come all to A SPECTACULAR VARIETY SHOW! Opening Act - Local Magician Todd Nelson will leave audiences marveling with his magical illusion tricks. Main Act - The Twins from France, Acrobats Yaakov and Yisroel Gurion, travel to Buffalo to amaze audiences with their world-class acrobatic performance. Their tricks will leave have you on the edge of your seats and their comedy will have you falling off with laughter. Location: Temple Beth Tzedek, 621 Getzville Rd, Amherst

Word Weavers: A Memoir Writing Group at the JCC

THE WORD WEAVERS, a program of the JCC, is a group of women who write memoirs. Together they listen, discuss, ask questions and help each other move forward on the exciting, sometimes exhausting, exploration of the writing process. This evening is an intimate invitation to share a selection of their work. Reception to follow.

Poet: Philip Terman: “A Reading from Our Portion: New and Selected Poems”

Enjoy an evening of poetry with Philip Terman as he shares readings from Our Portion: New and Selected Poems. Terman teaches creative writing and literature at Clarion University of Pennsylvania, where he directs the visiting writers’ program and is recipient of the Kenneth Patchen Award, the Sow’s Ear Chapbook Prize, and the Anna Davidson Rosenberg Award for Poetry on the Jewish Experience. Book sale/signing and reception to follow.

Author Arlene Burrows paternal grandparents’ families were residents of Chelm, Poland for generations. Seventy-two of them were murdered in the Holocaust. This book is a record of Burrow’s journey when she returned to Chelm in 2014, to research the archives in Poland and say Kaddish, an ancient Jewish prayer recited for the dead, at the camps. In the process, she found many remarkable stories as well as survivors and descendants around the world. Book sale/signing and reception to follow.

Tribeca Film Festival Favorite, Keep the Change, is a romantic comedy set in a world where no character is typical. When David who is obsessed with being perceived as “normal” is forced to attend an autism support group, he wants nothing to do with the other members, until he meets Sarah, who exudes positivity. But when David brings Sarah home to meet his family, their romance is challenged. Keep the Change’s cast includes actors on the autism spectrum. Director Rachel Israel; Narrative, 2017, USA, 94 min, English. Presented with the Buffalo Int’l Jewish Film Festival and Yad B’ Yad

Authors Clinton Brown (founder of the Clinton Brown Company Architecture) and Ramona Whitaker, tell the fascinating story of the Historic Elmwood District in the forthcoming book Becoming Elmwood: Buffalo’s Olmsted Parkway Neighborhood. From Joseph Ellicott's radial street grid, to the arrival of Fredrick Law Olmsted whose parks and parkways form the armature of Elmwood, through the modern era, this beautifully illustrated book will educate and enlighten readers on the history and origins of the Elmwood District and its enduring character, thus paving the way for its future. Get the first peek at the definitive book on Elmwood. Book sale (pre-publication discount) and reception to follow. Location: Sisterhood Chapel at Temple Beth Zion (in the Elmwood District!)

The JCC Book and Arts Fair is open to everyone.  Most events conclude with dessert receptions as well as books sales and signings. Tickets for events requiring admission may be purchased at the door, or prior to the events at either JCC member services desk as well as www.jccbuffalo.org. Tickets range from $10 - $36.

Please note: Flex Pass may not be used towards A SPECTACULAR VARIETY SHOW on June 10 or Bruce Henderson event on July 8, 2018.