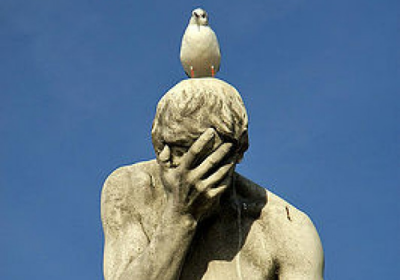 Highlighting the ideological clash between the classic and new expressions of theater found in Chekhov's classic work, this delightfully quirky adaptation by Posner also offers a tongue-in-cheek insight into the ongoing conflict between artistic vision and how theater should play into our lives. Connor Graham, who makes his ART/WNY debut, is in charge with the protagonist Conrad and his ongoing internal struggle with the unrequited love of Nina, portrayed by Emily Yancey (last seen in ART/WNY's CARRIE, THE MUSICAL), and the overt conflict with his mother (and more importantly a diva movie-star) Emma Arkadina-featuring the return of ART/WNY alumni Diane DiBernardo. Adding a cynically laced music background, is Mash (pronounced  mosh, like the pit) who pines and pies away her devotion for Con. Entrusted with this goth black cloud role is ART/WNY alumni Candice Kogut whos singing and eukleia skills will be on display throughout SFB. Adding to the lovelorn is Dev and his own thwarted affections for the above doom n gloomer, Rick Lattimer returns to ART/WNY as this nice guy friend who does his best to advise Con then has to stay afloat during the emotional flooding only to be rewarded in the end by cake and children named after goth-bands.

On the peripheral of Posners Brechtian distancing effect work, are two character whom define nothing, but serve equally in the playwrights rejection of vapid entertaining roles. ART/WNY alumni Scot Katankowski  takes on the role of the humane searching Doctor Eugene Sern' who creeps slowly to his own mortality without anyone noticing. Thomas LaChiusa returns once again to ART/WNY to take on the role of  genius writer Doyle Trigorin, and with 'Trig's' successful HAMLET pickup lines starts this whole ball of hot mess rollin downhill, over the dock, and into the lake.