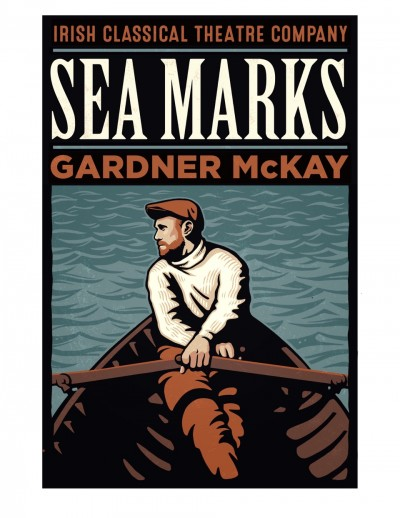 Watch from your own home!

The Irish Classical Theatre Company announced today that it will kick off its 30th Anniversary Season with Sea Marks by Gardner McKay. This lyrical Irish love story, winner of the Los Angeles Drama Critics' Circle Award (Best Play) and the Canadian National Regional Theatre Award, will be presented virtually.

A professionally produced, fully staged performance will be filmed at ICTC's home, The Andrews Theatre, and will be available for online purchase October 16 to November 1, 2020. Under the leadership of Executive Artistic Director Kate LoConti Alcocer, this will be ICTC's first ever foray into the world of digital theatre performance.

Tickets will be affordably priced at $15 - $25.  Information on obtaining tickets and online viewing will be forthcoming.

Living on a remote island West of Galway, Colm, a lonely fisherman, woos a woman he's glimpsed but once. He courts her by mail, and after a year and a half, romance blossoms, and he arrives in Liverpool. Colm aches to find connection in the arms of Timothea in this strange place she calls home; yet he longs for the sounds of the sea and for the life he has left behind.