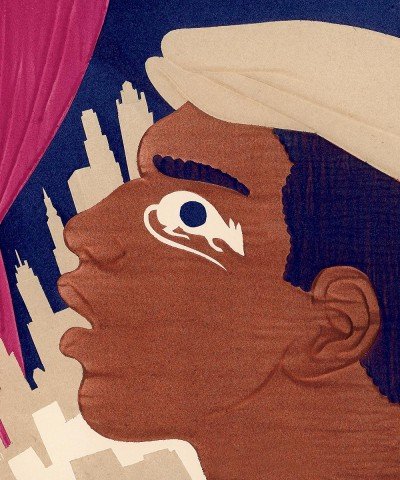 Adapted from the novel by Richard Wright

Suffocating in rat-infested poverty on the South Side of Chicago in the 1930s, 20-year-old Bigger Thomas struggles to find a place for himself in a world whose prejudice has shut him out. After taking a job in a wealthy white man's house, Bigger unwittingly unleashes a series of events that violently and irrevocably seal his fate. Adapted with theatrical ingenuity by Chicago's own Nambi E. Kelley, this Native Son captures the power of Richard Wright's novel for a whole new generation. “We all got two minds. How we see them seeing us. How we see our ownselves. But how they see you take over on the inside. And when you look in the mirror – You only see what they tell you you is. A black rat sonofab@#tch.”

"Stirring ... strong, serious stuff, just as it should be." - Wall Street Journal

"Unflinching in its honesty and searing in its passion, Native Son is not only a Grade-A example of literary adaptation, but also a play that truly speaks to our times and the ever-troubled American spirit that defines them." - Chicago Theatre Review