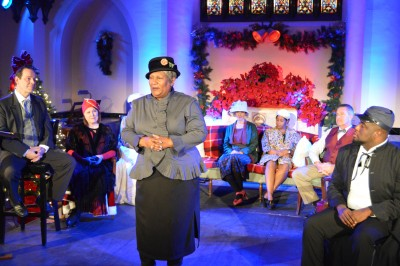 Join us for this critically acclaimed original production as the historic and festively decorated Forest Lawn chapel is transformed into a live theater. Our narrator, John Lay – the first person to take up permanent residence at Forest Lawn, in 1850 – will introduce several of the new friends he’s made over the last 164 years at Forest Lawn. They, in turn, will create musical, comical and poignant glimpses of Christmases past, when they enjoyed life on this side of the lawn.

In addition to the perennial favorites, this season’s show features some figures, including Shirley Chisholm, the first African-American woman elected to the U.S. House of Representatives (where she served from 1969 to 1982) and the first woman from a major party to run for President of the United States; Robert Adams from the famed Adam, Meldrum and Anderson department store and Sir Frederick Cook, the artic explorer who discovered the North Pole.