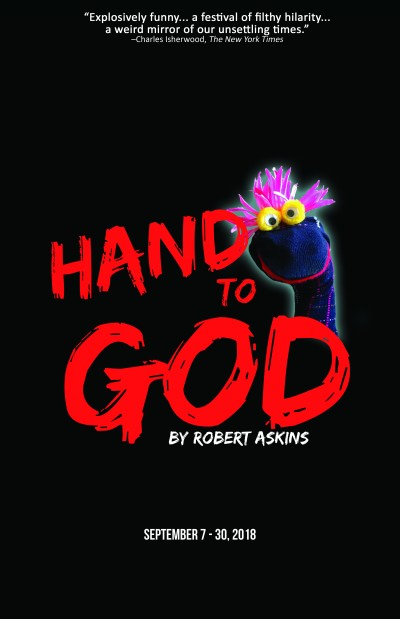 A 2015 Broadway Comedy! In the wake of tragedy, Jason and his mother renew their commitment to the local church and commit to organizing a spiritually redemptive puppet show. There's only one problem: although Jason is essentially a nice boy, his hand puppet Tyrone is lewd, profane, combative, and refuses to leave Jason's left arm. Yes, Jason's hand puppet is moved by a greater power... the power of Satan.