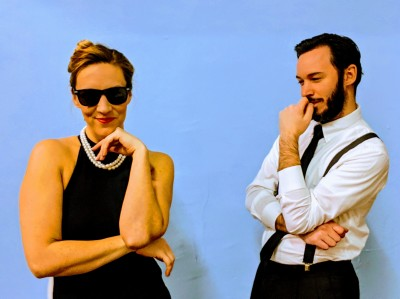 American Repertory Theater of WNY will present the fifth production of the 2018-19 season with the stage adaptation of Truman Capote's famed novella Breakfast At Tiffney's. Written by American playwright Richard Greenberg, the work follows one of Capote's most endearing literary figures, 'Holly Golightly' as seen through the eyes of an up-and-coming writer nicknamed 'Fred'.

A love story...of sorts, Richard Greenberg's adaptation Breakfast at Tiffany's is based primarily on Capote's novella and not upon the famous 1961 movie with American film icon, Audrey Hepburn. Mixing comedy, absurdity and profundity,  Breakfast at Tiffany’s tells the story of a young Southern-born writer who becomes infatuated with his Upper East Side neighbor, the beguiling, effervescent beauty 'Holly Golightly'. As she pulls him up in her world of spontaneous parties and luxury, he finds himself fascinated with this captivating woman, her quirks and her mysterious past. In this narrative background complete with a group of eccentric denizens of NYC, Breakfast at Tiffany's mixes comedy with a poignant observation into what truly constitutes Love.

Breakfast at Tiffany's runs three weeks at ART/WNY's 545 Elmwood Avenue location from  January 31st to February 16th. Showdates are Thursday through Saturday with showtimes at 8 pm. There will be one Sunday matinee on February 10th at 2 pm.  Ticket prices are $20 General Admission/$10 Students and all members of Buffalo's arts community. For more information on tickets please contact 983-4345 between 10 am and 3 pm or visit the company's website at www.artofwny.org