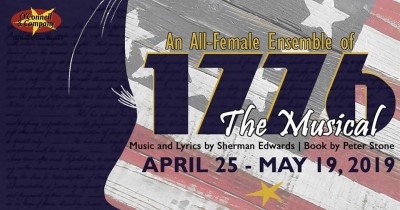 O'Connell & Company in residence at The Park School of Buffalo

1776, The Musical, a funny, insightful and compelling drama with a powerful score. This musical tells the legendary story on the meeting of the Continental Congress and the signing of the Declaration of Independence. 1776 is often called America's Musical as it celebrates the founding of our great country. This production features an All-Female cast which gives a “new voice” to one of Broadway’s most beloved musicals.

O'Connell & Company in residence at The Park School of Buffalo

For information and tickets call  848-0800 or visit  www.oconnellandcompany.com