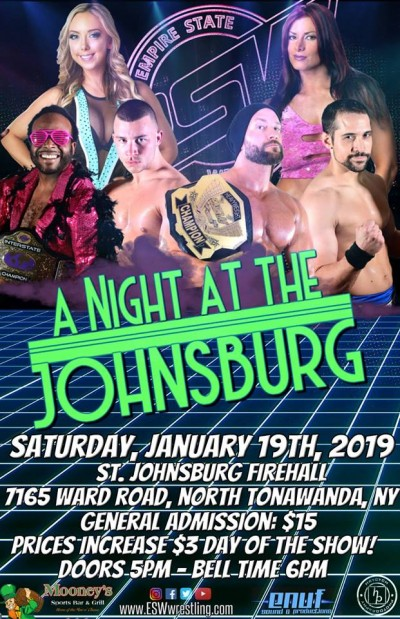 The following wrestlers are scheduled to appear at "A Night at the St. Johnsburg:"