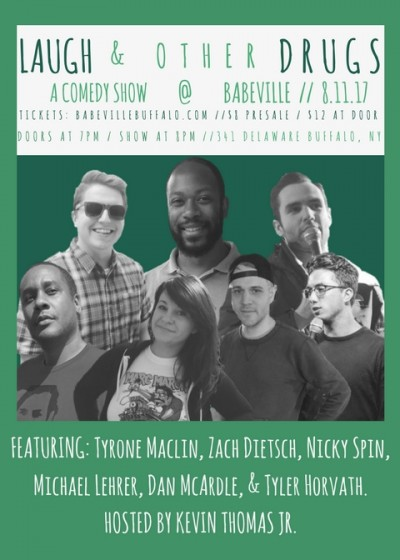 “Laugh and Other Drugs” at The 9th Ward at Babeville

About
“Laugh and Other Drugs” began over a year ago to showcase some of the area’s funniest comedians in the perfect local venue for stand-up comedy: The 9th Ward.  This bi-monthly show brings some of the best comedic talent from Buffalo and surrounding areas for a night of laughter.