The Rifts, Johnny Hart and the Mess, Marquee Grand and Johnny and the Man Kids
Friday 10th Aug, 2018 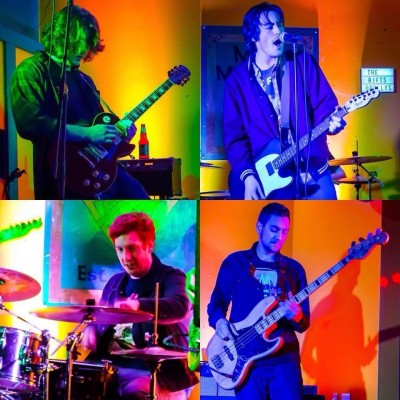 The Rifts, Johnny Hart and the Mess, Marquee Grand and Johnny & the Man Kids live in The 9th Ward

The Rifts, formed in March of 2016, play original alternative rock music. Currently based out of Buffalo, New York, they got their start in Fredonia, New York.

The band aims to combine the bluesy stomp of their classic rock influences with the fast paced melodies that make their modern rock influences great. With influences spanning from Led Zeppelin and The Doors to The Black Keys and The Strokes, The Rifts try to emulate the very things that make those bands great.

Johnny Hart and the Mess

Johnny Hart and the Mess celebrate the history of rock n roll with a modern twist. Their riff driven sound and vocal collaborations carry on the tradition of their biggest influences while paving the way for a new form or rock n roll in the modern era. The band is very energetic, passionate and driven both at live performances and in studio.

Marquee Grand is an alternative rock band from Buffalo, NY with deep-seated roots in 90’s alt rock. Recently, the four-piece released a single titled “Another Toke,” the first among a series of singles the band plans on releasing over the next few months.

Johnny and the Man Kids