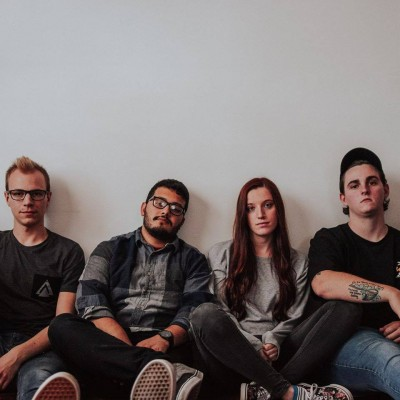 Pop-Punk outfit, The Everafter are a Yonkers-based four-piece consisting of Vocalist Cora Small, Rhythm Guitarist Rich Rivera, Lead Guitarist Ryan Lare and Drummer Danny Nugent. Meeting in college, the four members found instant musical and personal chemistry. After ten assiduous months of writing and collaboration, The Everafter burst onto the scene with their single/video debut of, “Call it a Night”, which features powerful intros, high-energy verses, and catchy, emotional choruses. The band released their freshman EP, "Whatever's Bringing You Down" on February 23rd, 2018, launching them into a successful first year in the public eye.

Early in 2018, The Everafter debuted themselves on the live front. Committed to spreading their high-energy sound, they instantly hit the road on various tours, playing in 9 surrounding states in their first year. Keeping themselves relevant in the scene, they released a one-off single called "Perspectives" in the summer of that year. With a modern touch, their recent single drove them to finish the year off strong with a sold out show, supporting Patent Pending in Amityville, NY.

With no intentions of slowing down, the band plans to keep the fire burning with new music in the works, and a full year of touring ahead of them. With lots of promise and anticipation behind a future release, The Everafter is gearing up for a big year.