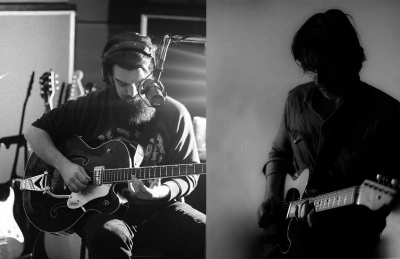 Born and raised on Earthwork Farm in rural northern Michigan, Seth Bernard was brought up in the folk and farmstead culture with an enriching integrative experience of the arts, agriculture, and community. In 2001, Seth founded Earthwork Music, a Michigan-based collective of independent musicians who focus their efforts on environmental advocacy, social justice, creative empowerment and community building.

He’s served as the Director of the Musical Ambassador Program for On the Ground where he helped cultivate partnerships and cultural exchanges between communities in southern Mexico, Ethiopia and eastern Congo and communities in Michigan with a focus on direct collaboration between youth. “Eggs” Bernard is a NMEAC Environmentalist of the Year Award winner for Arts Education and serves on the Crosshatch Art Team, advocating for artists and farmers.

In early 2018, Bernard helped launch the Clean Water Campaign, an organization committed to build an informed constituency across Michigan that will go out to the polls to elect clean water candidates for 2018. Seth is a prolific songwriter, a pragmatic performer, a multiple Jammie award-winning recording artist and producer, and has been a longtime leader and steward of Michigan’s music community.

Irion has just wrapped up a solo record, Driving Friend, due out this spring. The album was produced by Tim Bluhm, backed by Blackwing, the artisan pencil makers with a diverse musical heritage, and features members of Dawes, Wilco, Nicki Bluhm and The Gramblers. By teaming up with Blackwing, a portion of every album sold will benefit the Blackwing Foundation, which funds music and arts programs in public schools. Best known for his folk explorations with his wife Sarah Lee Guthrie, including their recent Wassaic Way produced by Jeff Tweedy, and his latest rock venture with U.S. Elevator , which Will Hermes of Rolling Stone Magazine praised for its “songs that are handcrafted as lovingly as the jeans on the back of After the Gold Rush.”