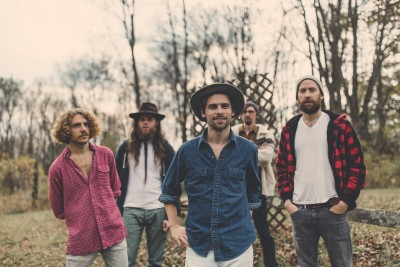 Parsonsfield introduces some of the most jubilant and danceable indie roots music this side of the Carolinas” (NPR). Catch them onstage any night and the band’s joy is palpable. They trade instruments, share microphones, and shoot each other big grins. They sing in tight multi-part harmonies, their voices blending like they’ve been doing this together all their lives. That’s because Parsonsfield is a family band, not by birth but by choice.   WE, the highly anticipated fourth release from Parsonsfield, pushes the boundaries of their harmony-driven grassroots origins creating their own distinctive Americana, integrating pop and bold rock flourishes along the way. WE captures the band’s maturing sound, winding its way through a full range of emotions. It has as much influence from 90’s rock and 70’s R&B as it does the folk-pop material that fans have come to expect. Parsonsfield’s songs have been added to Spotify playlists (Folk Pop, Fresh Folk and Roots Rising, to name a few) alongside artists like Ray LaMontagne, Joseph, The Lumineers, Nathaniel Rateliff & The Night Sweats, Lord Huron and Mumford & Sons.