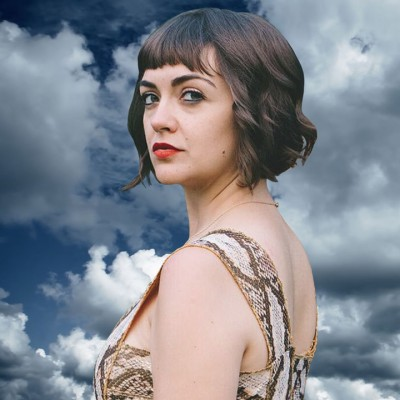 Rattlesnake is inspired by the life of a Colorado pioneer woman, Rattlesnake Kate, who was infamous in the 1920′s for her death-defying encounter with a rattlesnake migration. The collection of songs, produced in the studio with Matt Ward (M. Ward, She & Him, Monsters of Folk), were written as a “Folk Opera,” recounting stories from her life, extracted from a 40-year love letter correspondence she kept with Colonel Charles D. Randolph, aka “Buckskin Bill,” during which they never met.

Neyla Pekarek began playing cello at age 9 in her native city of Denver, CO. She studied Musical Theatre and got a degree in Music Education at the University of Northern Colorado in Greeley, CO. Back in Denver and searching for a teaching position, she answered a Craigslist ad for a local folk band needing a cello player. This band was The Lumineers, and she soon became a core member of the group, playing on their GRAMMY-nominated self-titled debut and follow-up album, and performing on every continent (except Antarctica!). Neyla is a member of Sweet Adelines International, a women’s barbershop quartet organization, and she won the 2009 Rising Star championship with her quartet, Vogue. When not making music, Neyla enjoys collecting rubber stamps, true crime TV, and spending time with her pet bunny rabbit, Barbara.

She’s currently working on a solo album inspired by the life of Colorado pioneer woman Rattlesnake Kate, who was infamous in the 1920′s for her death-defying encounter with a rattlesnake migration.